Ursula Grobler has been one of the trailblazers of South African women's sport in the last decade, but there comes a time when enough is enough.

For the former Olympian and a World Championship rowing bronze medallist, it happened at 40.

"I had a fairy tale ending planned for my rowing career. Kirsten McCann and I would have teamed up one last time to represent South Africa at the Tokyo Olympic Games. That is why I made a comeback at 38," explained the Tuks Alumni.

"When Kirsten and I were selected to compete at last year's World Championship in Austria I thought this is it. We were going to dominate or at least do well. Unfortunately, we did not. The dream was shattered. Only the reality remained. That is that I can't seem to perform at the level I need to. I had to accept that it is now up to Kirsten and Nicole (Van Wyk) to qualify for next year's Tokyo Games.

"The hardest decision I had to make was selling my boat. It made everything so final."

Grobler holds the unique distinction of having won World Cup medals rowing for three different countries. In 2009 she was part of a Spanish crew that won a silver medal in the lightweight women's double sculls; in 2010 she won gold rowing for the USA. From 2014 to 2016 she and McCann won two silver and two bronze medals at World Cup Regattas.

A definite highlight was winning a bronze medal during the 2015 World Championships in France. In doing so, the two Tuks rowers became the first South African female crew to medal at Worlds. They were fifth during the 2016 Rio Olympics.

The Tuks Alumni considers winning the Head of the Charles in Boston a long-distance race over 5km as another special memory.  It was also special to set a world indoor lightweight indoor record that stood for ten years.

She dedicates her success to her brother, who committed suicide when only 24.

"From when we are young, we all have dreams, but often it remains just dreams. My brother's death made me realise life can get very short very quickly. So you got to make the most of every moment.”

While being part of the South African Olympic training squad, there was often talk of something being "man hard or it being man-session". Grobler was quick to challenge that. She argued why it could not be "woman real".

"I grew up with only my dad and brother. There were never any limitations as to what I as a woman can achieve. It was only later when I realised how unfair women are sometimes treated.

"I still battle to understand why women are often treated as lesser beings. It makes me angry. I don't think I am a feminist, but I do believe in equality for all people no matter what gender or race."

The former Tuks rower certainly has not been idle since her retirement. On the day the Two Oceans Marathon was supposed to be run, she rowed 56km indoors. She has designed the logo for the World Masters Rowing Championship which is going to be held at Roodeplaatdam and has taken to playing classical piano. 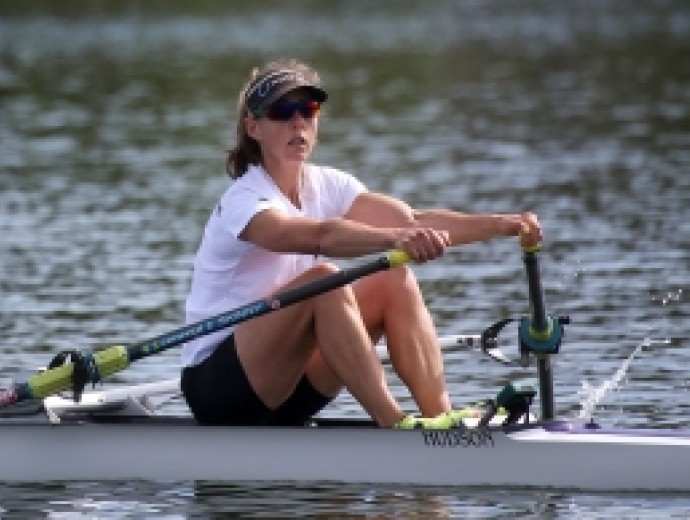