Please adhere to the rules of the lockdown and social distancing.

This is the plea of Lawrence Brittain (Tuks), an Olympic silver medallist in 2016.

"The next three weeks are going to be quite an adjustment, but it is not something we can't handle. We, as South Africans, are good with dealing with adversity. I think it is another opportunity to play our cards right and get one step ahead of the rest of the world."

According to Brittain, the postponement of the Tokyo Olympics until next year is the right decision.

"I won't lie; it was hard on us as athletes as we had put so much effort in to make sure we will be faster on the day of the Games.

"But once we started discussing the coronavirus outbreak, we realised the world is in a crisis and things are going to get a lot worse before it gets better.

"That is why the postponement of the Games is the least of our problems. We need to get on top of the coronavirus and get things back to normal as quickly as possible. So please be strict with the lockdown.

"For us, as South African athletes, things were still OK. We were still able to train, but our friends from other countries, the guys we compete against were struggling to do any training. Some are living in basements in horrible conditions," the Tuks rower said.

Brittain added that the national rowing coach, Roger Barrow, has not wasted any time.

"' Rogs' immediately has been replanning the season and is getting our training back to peak at the 2021 Tokyo Olympic Games."

Brittain is not going to let the lockdown interrupt his training.

"I am all set up at home. I got all my training equipment - ergo's, watt bike and gym. So I am sorted for the next few weeks."

Brittain teamed up with Shaun Keeling to win a silver medal in the men's pairs during the 2016 Rio Olympic Games. His passion and never say die attitude is why he is currently one of the Bridgestone Olympic Ambassadors.

I've always loved winning. Even from way back, when I was little" are the words he abides by. This attitude is not only limited to being the best in a boat.

In October 2014 he was diagnosed with Hodgkin's disease, a form of lymph node cancer. It actually turned out he had already been living with the condition for two years, but it had gone unnoticed. He underwent six three-week cycles of chemotherapy.

The turning point came about when his doctor told him after having studied the test results that he should go out there and win some medals for South Africa. 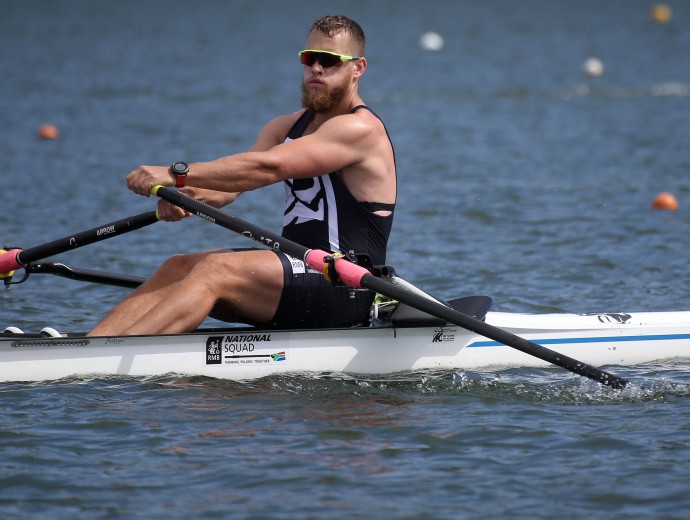