#TuksRowing: Tuks rowing captain wishes to duel it out during USSA Boat Race

If Nikita Prinsloo can have one wish come true from tomorrow during the USSA Boat Race Regatta in Port Alfred, it will be that the Tuks women's rowing crew get to be involved in a "do or die" duel.

Another comfortable win is not going to cut it for the captain of the women's eight crew. As it might be the last time, she competes Prinsloo wants to experience the thrill of neck to neck battle up to the finish to get her adrenaline pumping.

The Tuks crew will be gunning for a third consecutive victory. Prinsloo credits their success to absolute trust and synchronisation.

Her exact words being: "We got each other's backs when racing."

An unnamed coach is reputed to have said, bluntly, "Rowing is like a beautiful duck. On the surface, it is all grace, but underneath the bastard's paddling like mad."

Prinsloo admits the faster the boat goes, the harder it is to row well. The challenge for every crew member is to execute each stroke with exquisite precision. As the tempo accelerates the penalty of a miscue, like an oar touching the water a fraction too early or late can be disastrous.
.
She sits is in the stroke seat. It is usually the most technically sound member of the boat, capable of setting a good rhythm.

Nicole van Wyk who was the only South African rower to compete in an A-final at the World Rowing Championships in Austria is back in the boat and looking forward to the challenge.

"What I love about competing in an eight crew is that we all got only one goal that is to get the boat to glide faster through the water. The times when we manage to do so is an absolute thrill. The Boat Race is all about unity," explains Van Wyk, who is competing for the fifth time.

Talking about her fourth-place finish in the lightweight women's single sculls during the World Championships the Tuks rower said she had something to prove.

"When I got dropped from the lightweight women's double sculls boat, I was mentally devasted as it is the crew that might get to compete at next year's Olympic Games in Tokyo.

"As difficult as it was, I realised the only way of accomplishing my dream to compete at the Games is to buckle down and train twice as hard. In South African rowing, there is never such a thing as an 'easy ride'. You got to prove all the time you the best.

"The World Championships was an opportunity to put up my hand, showing that I deserve a second chance.  For this reason, l was really relieved when I qualified for the A-final," said Van Wyk, who won her first heat. 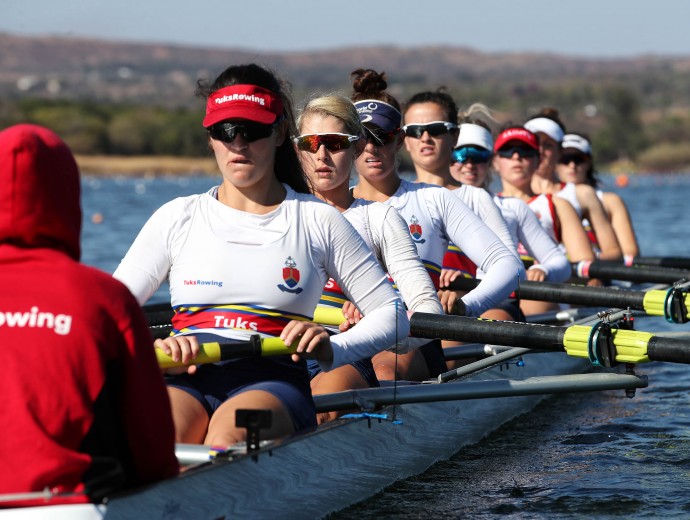