Nine men all focussed on only one goal. That is to win the USSA Boat Race in Port Alfred for an 11th consecutive time is what it is going to be about for the Tuks men's rowing crew from Friday.

If they do, it means they have made South African sports history as the Tuks crew will be the first to take their victory tally past ten. Last year Tuks equalled the record set by the University of Rhodes when they won for a tenth consecutive time.

To win the Boat Race boils down to brain and brawn being in perfect harmony. The likes of Charles Brittain, Kyle Schoonbee, Sandro Torrente, all medallists at world championships, are responsible for the brute power and speed.

At some stage during the race, the rower's muscles will be "screaming". Their agony will last up to the very last stroke as pain is part and parcel of rowing.

Tuks's coxswain, David Porter, is the brains in this effort. He is responsible for steering the boat, coordinating the power and rhythm of the rowers.  If done right, his commands will help the rowers push past the pain barrier and keep pulling those oars when every muscle fibre tells them to stop.

According to Porter, the role of a coxswain requires real people skills as well as being tactically astute.

"A good coxswain is one who makes sure he gets to know each of the rowers intimately. I got to understand what makes them tick. With some rowers, you got to be harsh to get them to perform to their best. For others, it is more about encouragement. Letting them know they are doing a good job.

"The tone of voice you use during a race is vital. Some coxswains think they need to sound gruff or yell. That is not going to cut it. You got to be able to change your voice from calm to intense at precisely the right moments during the race. I try and encourage the crew throughout the race. It is essential not to make them feel bad, even if they fall behind."

Listening to Porter talk one realises being a good coxswain is all about being the forever student of the sport as it is the small things that could end up making a big difference. For example, plotting the course in advance as it helps not getting caught unaware by a bend in a river or another crew during a race.

He admits that as is the case with any athlete, coxswains also experience bad days.

"There are times when I am not mentally switched on. It is terrible as it impacts on the whole crew's performance."

A coxswain might not be the fittest crew member, but it does not mean he is just in for a smooth ride. Porter's is in a continuous battle to keep his weight in tack. He usually weighs in at about 55kg. To do so means he is eating more vegetables than he would like. 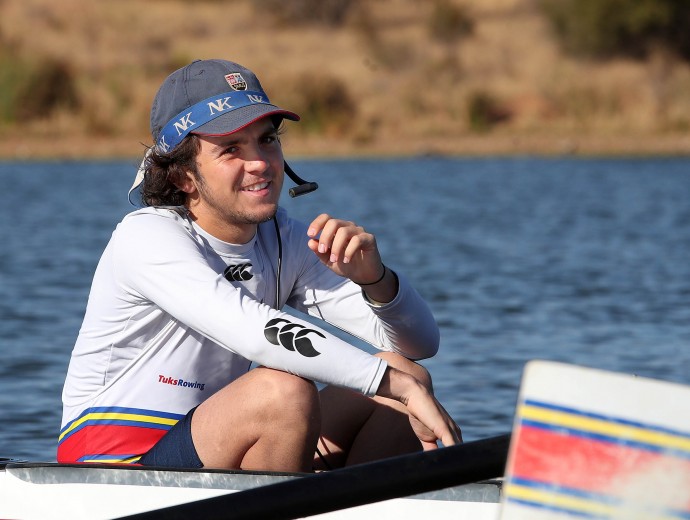