#TuksRowing: Tuks rowers have set their sights qualifying for the Olympics during Worlds

South Africa's rower's quest to compete at next year's Tokyo Olympic Games is starting in earnest from Sunday when they are competing at the World Championships in Linz Ottensheim, Austria.
The challenge for each of the six crews will be to make the A-final. If they do, it is a done deal they are off to the Olympics. It is, however, not going to be easy as it is expected that in most of the races, the time gap between the ten fastest boats in the semi-finals is going to be less than two seconds. Which means throughout the championships, there will be no margin for error.
The two Tuks rowers, John Smith and Lawrence Brittain, are one of the most experienced crews. Smith was part of the "Oarsome Foursome" that won gold during the 2012 Olympic Games while Brittain and Shaun Keeling teamed up to win a silver in the men's pairs during the 2016 Rio Olympics.
It is not the first time the two of them have teamed up to compete at a World Championships. When in 2010 they competed at World Under-23 Championships they won the gold medal in the men's pairs.
Their preparation in the buildup to the World Championships did not quite go as expected. Brittain broke his ankle in March, which kept him out of the boat for two weeks. He also missed competing in the second World Cup Regatta due to being ill. It means that the Tuks crew only competed in one international regatta.
Still, Smith is excited about themselves against the best.
"As for expectations, we don't know how fast we are going to get the boat to move on the water. We are certainly one the oldest most experienced crews competing in the men's pairs, so we are going to rely on our experience and never say die attitude to pull out all the stops. We are not really chasing a result but pursuing a performance worthy of what we can do."
Smith explained what makes their partnership work is a combination of brute strength and tactical savviness.
"Lawrence sits in front. His job boils down to set the cadence and rhythm as well as producing the real power. I will be steering and make the tactical calls during the race as I am more of a technical rower." said the Tuks rower.
South Africa's rowing coach based at Tuks, Roger Barrow, said it would be interesting to see how Smith performs as he still in the process of making the step up from at first competing as a lightweight to now a heavyweight which is quite a challenge.
"The one thing that John has got going for him is being a real competitor. He and Lawrence genuinely complement each other's rowing styles in the boat.  For now, I would be happy if they qualify for the Olympics, which means they got to finish in the top 11, but them competing in the A-final is realistic."
- Author Wilhelm de Swardt
Share this page
Published by Leonore Jordaan 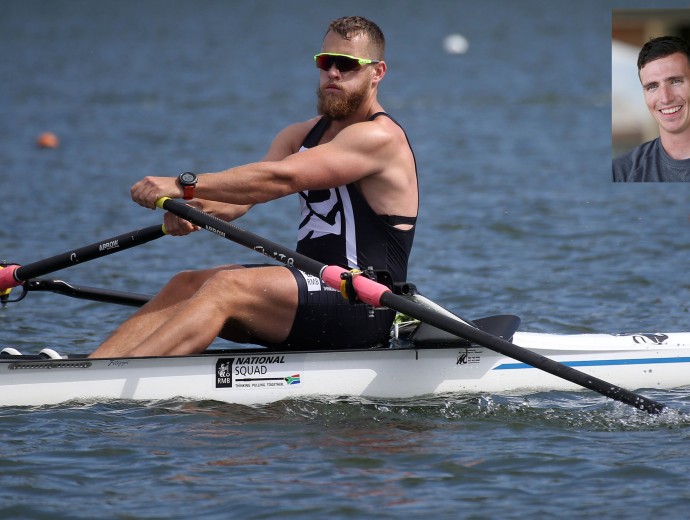