As a moth can't resist the temptation to play around a burning candle so can Ursula Grobler not resist trying to see the Olympic flame burn on last time.

Sunday in Ottensheim, Austria the Tuks based rower will be competing at World Rowing Championships for the first time since 2015. What makes this remarkable is that she retired after the 2016 Olympic Games in Rio and got married. Then she surprised everyone last year by announcing her comeback at the age of 38.

Unfinished business out on the water is the reason for her decision. Somehow finishing fifth during the 2016 Olympic was not how she envisioned her rowing career to end.

"My goal is to try and see if I can compete at the Olympic Games one more time. I know there are never any guarantees, but I am prepared to put in the long hard hours again. Whatever happens, happen. It is only necessary to know I have tried again," explained the Grobler at the time she announced her comeback.

She is motivated by the famous Julius Ceasar quote: "Veni, Vidi, Vici" (I came; I saw: I conquered).

To be back in the boat rowing with her 2016 Olympic lightweight double sculls partner, the former world champion, Kirsten McCann, means she is on track achieving what she has set out to do.

Qualifying for the Tokyo Games is going to be tough. 27 crews are competing at the World Championships, and only the top seven are guaranteed eligibility. But then again the Tuks rowing combination has never shied away from a real challenge.

In 2015 they made South African sports history becoming the first female rowers to medal at a World Championships by finishing third in France. In the buildup to the 2016 Games, they also won two silver medals as well as a bronze at World Cup Regattas.

If Grobler gets to achieve her goal to compete in Tokyo, she might be one of the oldest female athletes to represent South Africa at the Olympics. She will be 40.

The national rowing coach based at Tuks, Roger Barrow, admires Grobler's tenacity for sticking to her dream.

"Ursula has, without a doubt done well to move back into the boat with Kirsten. She has returned wiser than she was and is doing what she does for all the right reasons. It took some time for her to regain her strength. It is not quite what it should be, but she is improving all the time.

"Having Ursula and Kirsten back allows for some experience, especially under pressure to qualify for the Tokyo Games." 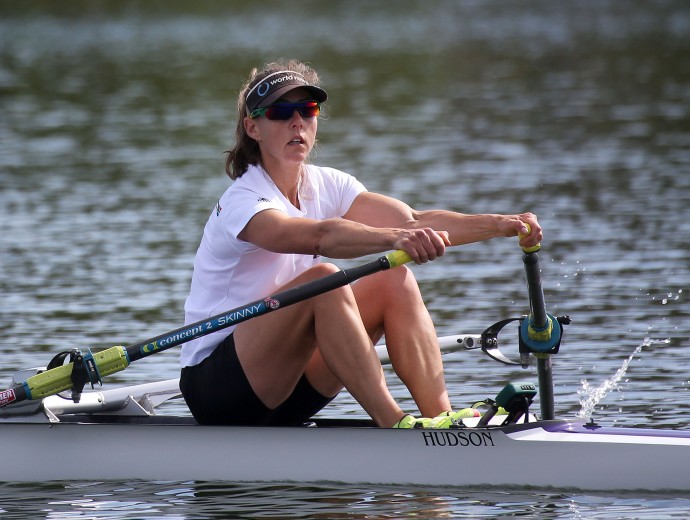