#TuksRowing: SA rowers will be medal contenders at World Under-23 Champs

South Africa's rowers got a proud tradition when it comes to winning medals at World Championships.
Since 2012 when the "Awesome Foursome" won gold at the Olympic Games in London, not a year has gone by in which at least one South African crew has not medalled at a World Championships (senior, under-23 and junior).
From tomorrow when the South African under-23's compete at the World Championships in Sarasota-Bradenton, USA there is a real chance of one or more crews winning a medal.
South Africa's assistant-coach, Mpumi Geza, believes the coxed fours crew has what it takes to beat the world's best.
"Henry Torr, Damien Bonhage-Koen, Liam Smit and Christopher Baxter (all Tuks) coxed by, Welcome Sidiyo (Rhodes), biggest motivation every time they trained together was to ensure they get the boat to be faster.
Baxter and Koen finished fourth in the men's pairs during last year's Junior World Championships.
One of the highlights during last year's Under-23 World Championships was Charles Brittain and James Mitchell's masterclass display of what guts and determination should be about. It led to the Tuks crew winning the men's pairs race.
It meant that Brittain started to emulate the heroics of his elder brothers, Matthew and Lawrence, who are both Olympic medallists.  Matthew was part of the "Awesome Foursome" that won gold at the 2012 Games in London while Lawrence teamed up with Shaun Keeling to win a silver medal at the 2016 Games in Rio.
Brittain's partner this time around is Luc Daffarn who finished fifth in the men's pair at the Under-23 Championships in 2017. According to Geza, it should be interesting to see how they gel as a crew.
"If they qualify for the A-final, they will have a good chance to the podium," said Geza.
The South Africans biggest challengers will in all probability be the Romanian pair, Florin-Sorin Lehaci and Domitru-Alexandru Ciobica. They were second last year and have also competed and medalled at a World Cup level. The crews of Germany and the United States also ought to be in the mix.
Thabelo Masutha (Tuks) has won a bronze medal in the single sculls during the 2017 Junior World Championships. In doing so, he made sports history. It was the first time a South African rower of colour ended up standing on the winner's rostrum.
Earlier this year Masutha achieved another first when he won the Silver Single Sculls-race during the Buffalo Regatta in East London. At 19 he is the youngest ever to do so in a race steeped in history.
"Thabelo has a robust and varied field, so his progression through the regatta will be critical. If he can get to the semi-finals, he is capable of going all the way,” explained Geza.
The other South Africans who will be in action are Megan Hancock (women's single sculls), Jessica Schoonbee and Tayla-May Bentley (women's pairs).
- Author Wilhelm de Swardt
Share this page
Published by Leonore Jordaan 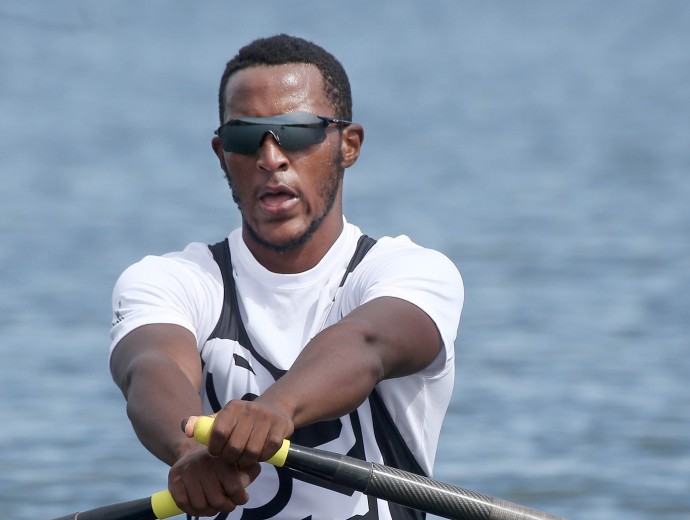