#TuksRowing: Green overcomes setback before being selected to row at world championships

Not many would have given Jake Green (Tuks) a real chance of representing South Africa from Sunday at the World Rowing Championships in Plovdiv, Bulgaria, but then again once he commits to a goal, there is no stopping him.

The 2016 Olympic finalist will team up with Lawrence Brittain (Tuks) an Olympic medallist to row in the men’s pair. In total five South African crews will be in action. It includes Kirsten McCann (Tuks) last year’s lightweight single sculls world champion who is partnering with Nicole van Wyk (Tuks) in the lightweight double sculls.

South African rowers are starting to set a proud tradition of winning at least one medal when they compete at a major international regatta.

Last year October just as the rowers were starting the build-up to the World Championships Green suffered a significant setback. He was diagnosed as having compartment syndrome in his right arm. In layman’s terms, it meant while rowing the blood pumping into his arm is not pumped back again. It led to his arm getting quite swollen and becoming severely painful. He had to undergo an operation. Green was able to resume training in April again.

“In the time Lawrence and I did not train the younger guys become significantly faster. I ascribe it to pure passion. In rowing, talent does not count for that much. In South Africa, we only have a few unique rowing phenomena’s. As for the rest of us, we are at most uniquely gifted rowers.

"Lawrence and I are certainly not the most talented guys. We are just the guys who want it the most relying mostly on hard work and never giving up,” said Green who busy studying for a BA-degree majoring in history.

“But I would have it no other way. What I love about rowing is that there are always a lot of data available as to who makes the boat go faster. This to me creates a noble drive always to strive to be the best you can be. There can never be resting on one’s laurels, and I love it.”

Green sits in the stroke seat when partnering with Brittain which means his responsibility is to set the rhythm in the boat. He admits that it can be challenging at times.

“I tend to think quite a lot of during the race mostly about making sure my technique is correct and calculating as whether we are fast enough. The hardest thing when racing is the internal battle going on in your head. Sometime during the race, you will wonder if the boat is going fast enough. There might even be that one moment that you worry whether you are going to 'blow'. In the perfect race, we will only ‘play our cards’ over the last few hundred metres.” 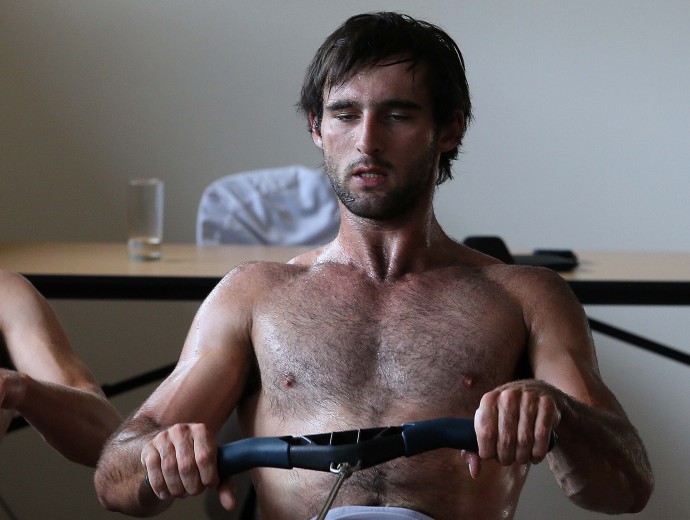