A definite highlight was the improvement of the men’s fours crew – David Hunt, Kyle Schoombee, John Smith and Sandro Torrente. They finished third in the A-final which is quite an improvement from their last World Cup outing where they were third in the B-final.

Unfortunately, things did not go quite as planned for Kirsten McCann and Nicole van Wyk in the lightweight women’s double sculls. They were fourth in their final whereas during the previous World Cup in Belgrade they were second.

The men’s fours race was dominated by the Australian crew who took the lead from the start and never relented. The South African and the crew of the Netherlands were involved in a titanic battle to finish second.

The Netherland crew led for the first 500 metres, but then the South Africans passed them and led for the next 1000 metres. Unfortunately, they seemed to be running out of ‘steam’ towards the end of the race that led to the Netherlanders catching and passing them to take the silver medal.

Hunt described their performance as a massive improvement.

“We have worked hard on the efficiency of our stroke so that we can sustain good speed during the middle part of the race. It worked well as it enabled us to put pressure on the other crews. I feel we are now within touching distance of silver so we can take a lot of confidence from our performance.”

For McCann and Van Wyk, it was just one of those days where nothing seemed to go right. After the first 500 metres they were in the third place, but then they slipped back to fifth. To their credit, they never gave up. Over the last 500 metres, they managed to find some extra speed again which led to them catching one of the Canadian crews. 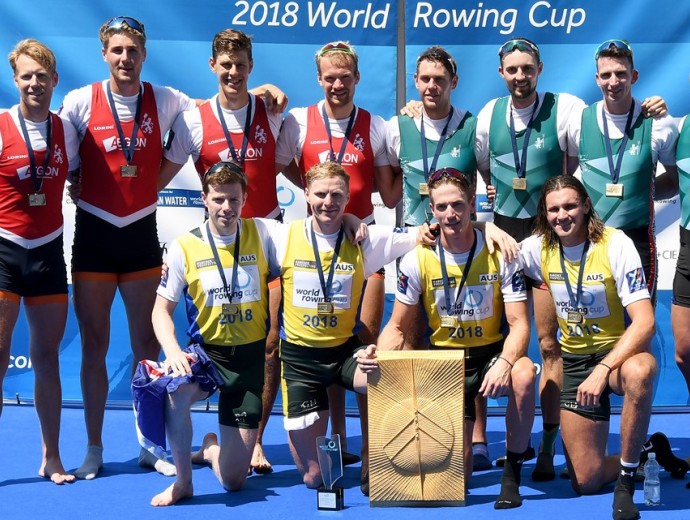