It was predicted that Kirsten McCann and Nicole van Wyk can become a formidable rowing combination. Yesterday in Belgrade in their first World Cup outing as a lightweight double sculls crew they did not disappoint winning a silver medal.
What was impressive about their performance is the way they took the fight to their rivals right up to the end. The Tuks/HPC based crew were in the fourth place up to the 1500m marker, but that was never going to be good enough.
Pure guts and determination enabled them to put in a massive acceleration over the last 500m. It led to them first passing the French crew (Laura Tarantola and Claire Bove) and then the Brittish crew (Eleanor Piggott and Emily Craig). At the finish, the three boats were separated by a mere 0.66 seconds.
The Dutch crew, Marieke Keijser and Ilse Paulis, won in 6:49.27 with the Tuks/HPC crew finishing in 6:51.30, the Brits third in 6:51.64 and the French fourth in 6:51.96.
Afterwards, Paulis described it as a fierce race.
McCann who made South African rowing history last year when she won the lightweight single sculls-race at the World Championships was quite excited about their performance.
“It is Nicole’s first senior race, and I think it’s a pretty good start to her senior rowing career. We went out there to race our race and to do what we do best. I think we got a bit of a sniff of the other crews and just got going. We’ve been in and out of the double a lot, but we are having lots of fun and trusting in the process.”
McCann has got a proud record in World Cups and World Championships. Since 2015 she medalled at every World Cup-event and World Championships she competed at winning two gold, three silver and two bronze medals.
Van Wyk won silver and bronze medals over the last two years in the lightweight single sculls during the World Under-23 Championships.
In April at the Regata Internazionale Memorial Paolo d'Aloja in Italy McCann and Van Wyk gave the first indication that they might have what it take to be serious contenders at the 2020 Olympic Games in Tokyo.
It was the first international regatta they competed at as a lightweight women’s double sculls crew. They won the gold medal. The next day against the heavier and theoretically stronger women’s crews they managed to win a silver medal.
As to what makes it work for them as a lightweight double sculls crew McCann said: “We are constantly busy pushing each other to the go that bitter harder, whether it is on the ergo, in the gymnasium or on the water. Nicole has some strong points as a rower I lack and vice versa, so we feed off each other’s competitiveness.”
Van Wyk added: “If you have a rough day or lack motivation, I have to look to Kirsten It will make me think ‘OK, I am tired, but I will keep going.  If she can stick it out, so can I.”
Charles Brittain and James Mitchell who finished sixth in the men's pair race was the only other South African crew to compete in an A-final.
- Author Wilhelm de Swardt
Share this page
Published by Leonore Jordaan 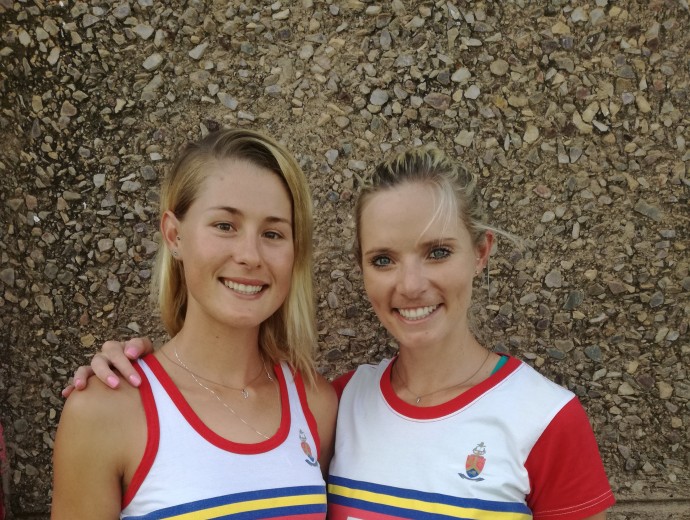