#TuksRowing: SA rowers to be tested at the Belgrade World Cup

South Africa’s foremost rowers will tomorrow face their first real challenge when they compete in the Belgrade World Cup.

The national rowing coach Roger Barrow has decided to enter four boats – two men’s pair crews, a men’s fours crew and a lightweight women’s double sculls crew. Three of the boats medalled earlier this season when they competed in a regatta in Italy.

However, Barrow (Tuks/HPC) considers the results only as a confidence booster. As far as he is concerned the real test of whether the South African rowers are on track to qualify for the 2020 Olympic Games in Tokyo starts tomorrow.

There indeed has been a dramatic change in the setup of the crews since the 2016 Olympic Games in Rio. The Tuks rowers - Kirsten McCann, John Smith and David Hunt - are the only Olympians who will compete at the World Cup. Lawrence Brittain and Jake Green are currently on a comeback from injuries.

To be 27 and considered an “old man” caught the Olympian finalist, Hunt, at first by surprise but now he relishes the challenge of proving his best is yet to come.

“It was a sudden change, but there is something to be said about training with these young guys. They bring a lot of energy to the team. It also sets a new challenge because it is a matter of pride not to lose against when we train. However, it is good as I kept on having to push myself to the limits. There is never resting on one’s laurels as none of us is assured of a place in any crew."

Hunt who is part of the men’s fours crew is quietly confident that they will give a good account of themselves at the World Cup. According to him, the boat is faster than it had been in Italy.

When one listens to the Tuks rower speak about rowing it quickly becomes clear that he relishes a good duel on the water.

"When I line up at the start, it does not matter in which crew, there is only one thing that matters, and that is to beat as many boats as possible. To win is the ultimate thrill."

The Tuks rower certainly got his days cut out juggling his hours between training and working. He completed his degree in mechanical engineering and started to work half days at DSV Global Transport Logistics.

“It would have been a mistake to take a four-year sabbatical as I need to stay abreast of what is happening in the field of engineering. I also owe it to my parents to start paying my way as they can’t subsidise me forever.” 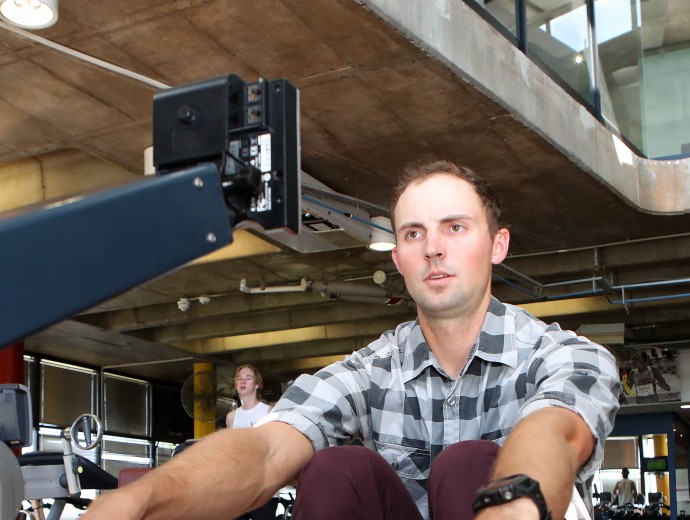