#TuksRowing: Barrow wants to experiment before deciding on Olympic crews

The battle to be in the boats that will try and qualify for the 2020 Olympic Games in Tokyo will start in earnest when South Africa’s top rowers get to compete at the Belgrade World Cup in three week’s time.

Last month the rowers won four gold medals competing in an international regatta in Italy. The national rowing coach, Roger Barrow (Tuks/HPC), considers it as just as one battle being won making it clear that the “war” to be the best in the world has not yet started.

“The Italy regatta was from a confidence perspective good for us, but I take the results with a pinch of salt as the Italians were slight of colour. They are the world leading country in international rowing at the moment.”

With the Olympics still two years away Barrow said he is in no way close to deciding which combinations are the strongest. He points out that it is possibly the youngest squad he has ever coached. The average age of the rowers is only 20.

“I think currently we are slightly better off than we were in 2014 which was two years before the Olympic Games. But none of our crews counts amongst the top three in the world at the moment. The women’s lightweight double sculls might be in the top five with men’s pairs and fours ranked in the top seven in the world.

“It is important not to finalise any boat to early as I don’t want the rowers to get comfortable. This year is about seeing how the different rowers handle pressure. Next year is crucial as it is when we got to qualify for the Olympic Games.”

Never one to give anything away Barrow hinted that the lightweight women’s double sculls crew, Kirsten McCann and Nicole van Wyk (Tuks), might get to compete at the Senior World Championships. His only concern is that the world champion, McCann, is still quite a lot stronger than Van Wyk.

“I don’t want Nicole to get the idea that she is rowing for Kirsten. The aim is to get it to be 50-50 partnership in the boat. It is about managing the process. All that matters is that the boat gets to go faster and they do.”

John Smith (Tuks), a former lightweight gold medallist at the 2012 Olympic Games and 2014 World Championships, impressed Barrow by winning two gold medals at the Italian regatta. However, he is of the opinion that Smith still needs to work on getting physically stronger.

Lawrence Brittain (Tuks), a silver medallist at the 2016 Olympic Games, is back in training after being injured. According to Barrow, he will have his work cut-out to make the men’s pair or men’s fours crew at the moment. 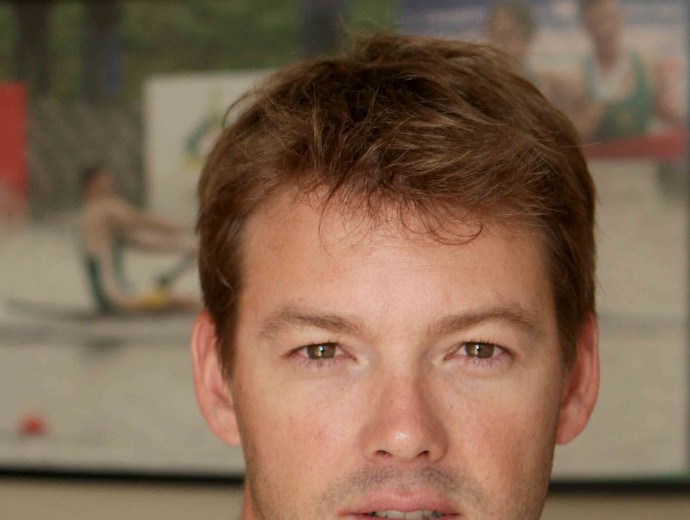