Row, row, row your boat, gently down the stream could easily be the theme song for the UP-Tuks rowers, except they tend not to do things gently. They row to win.

Therefore it should be no surprise that UP-Tuks are the overall South African Universities Rowing Champions, having the best-combined results in the USSA Sprint Rowing, USSA Indoor Rowing and USSA Boat Race.
A definite highlight was over the weekend when the UP-Tuks rowers won three of the four eight crew finals at the Boat Race Regatta on the Kowie River in Port Alfred.
The men's A-team out-sprinted Rhodes by 14 seconds in their final; the women's A-team proved to be too strong in their final beating UJ by 24 seconds; the women's B-team beat Wits by 40 seconds.
The UP-Tuks men's B-team lost out by 25 seconds to UCT in their final.
It was the ninth consecutive time that the UP-Tuks men's A team was victorious which means they are just one race away from equalling the long-standing record of ten wins on the trot set by Rhodes.
Jason Hunter (coxswain) has no hesitation in labelling the A-team's ninth victory as their best, and he should know, as he has been the one who inspired the rowers to their last six wins.
Lawrence Brittain (silver medallist at the 2016 Olympic Games in Rio) was part of the winning crew on five occasions, but unfortunately, he had to forego his place in the boat to focus on the upcoming World Rowing Championships as did quite a few of Tuks's other top rowers.
"Kudos to our coach, Mpumi Geza, who had to recruit and train a whole new crew for this race."
Hunter relishes the challenge of being the coxswain, or to put it another way, "your master's voice" in the boat.
"My role is first to steer the boat from start to finish without getting stranded on a sandbank. It is quite tricky as due to the flow of the water and incoming sea-tides things can change anytime. That meant that we had to explore the river quite often to acquaint ourselves where the trouble spots were.
"During the race, I decide what the stroke-rate should be. We might start out at 32 strokes per minute and then upped it to 35 or 37 depending on what is happening. I am also tasked with making sure that the rower's efforts are synchronised.
"Over the last 1 000 metres, when the rowers start to get tired I got to make sure they stay focused and motivated. So I will find positive ways to encourage them like telling them that there are only ten strokes left before they are the champions."
Teal Alves who is the coxswain of the women's A-crew said winning the final was quite an emotional experience for her.
"The feeling was so unbelievable that I could not stop myself from crying moments after the race. The last time we won was in 2014."
- Author Wilhelm de Swardt
Share this page
Published by Leonore Jordaan 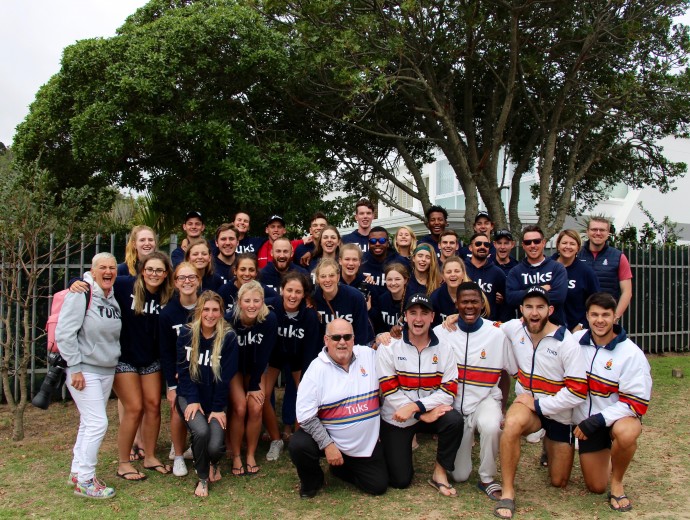