The saying “Jack of all trades master of none” is certainly not relevant to Thabelo Masuthu (TuksRowing). It seems that he will succeed in anything once he has put his mind to it.
At the recent Junior World Rowing Championships in Trakai, Lithuania he won a bronze medal in the single sculls. In doing so, he made South African sports history becoming the first black rower to medal at the championships.
Masuthu is also a talented musician who in his free time likes to  “DJ” at venues. He is an avid composer who writes the lyrics to his songs and can play quite a few instruments. One of the few times he called it quits was when he tried to master playing the bagpipe.
Rowing and music are not his only talents. If he had chosen to do so, he might have been able to make a career out of playing professional rugby. The Lions rugby selectors, in fact, did offer him a contract when he was playing under-16 rugby at KES.
He is well aware that he could have earned a substantial salary had he chosen to play rugby but money for now is not the be and end all for Masuthu.
“Not playing rugby or rowing is an everlasting career. I would rather win a race in rowing than a rugby game.
“Rowing to me is one of the ultimate sports. Everyday rowing has its unique challenges. Often after having completed a training session at Tuks/HPC I am emotionally and physically drained, but all of it is forgotten the moment you can put together that one perfect race in rowing. There are no words to describe that feeling.”
Masuthu was at first disappointed to placing third at the Junior World Championships as he races to win.
“My first thoughts after just having finished was that I had just lost the race. It did not sink in that I had won a medal. It was only two days later while I was looking at the photos taken during the race that I realised what I had achieved.”
From next year he will be competing in the under-23 category. Masuthu realises that he will have to up his game if he wants to remain a competitive rower. His long-term goal is to represent South Africa in the foreseeable future at an Olympic Games.
And if everything goes according to plan he hopes to maybe become a professional musician.
- Author Wilhelm de Swardt
Share this page
Published by Leonore Jordaan 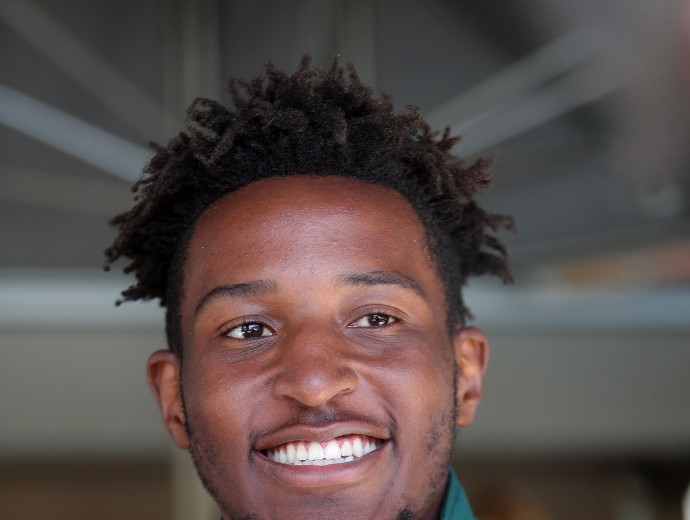