South Africa’s rowers proved that could hold their own against the world’s best by winning two medals at the World Under-23 Championships in Plovdiv, Bulgaria.

The next generation of South African rowers can justly feel proud of the way they performed. Six crews competed and four qualified for the A-finals winning two medals.

Schoonbee was “Mr Consistency” throughout the Championships winning two of the four races he competed in and finishing second in the other two. He won his quarter and semi-final heats. His best time of 6:50.14 in the quarterfinals is the second fastest in all of the men’s single sculls races.

Only Trevor Jones (Canada) who won the gold medal rowing 6:49.35 in the final clocked a faster time. Schoonbee’s time in the final was 6:52.09 with Natan Wegrzycking-Szymczyk (Poland) third in 6:55.03.

Schoonbee (Tuks/HPC) described his performance in the final as an incredible experience.

“I stuck to the same race tactics I used in the quarter-finals and the semi-finals. A change in speed is what works for me, but the Canadian used my own medicine against me in the final by putting in real hard acceleration over the last 500 metres just as I start to think I could win gold. In any race, there is a limit to as how long I can push myself deep into the red. Overall I am happy with my performance.”

Marieke Keijser (Netherlands) defended her title in the lightweight women’s single sculls taking the lead from the start and never relenting to win in 7:40.19. Italy’s Clara Guerra was second in 7:42.90 with Van Wyk third in 7:44.27.

Van Wyk was only the fifth fastest rower in the semi-finals. She admits to being slightly rattled afterwards.

“But luckily once I started rowing in the final I got the better of my nerves and just focussed on what I was able to control. It turned out to be quite a good race,” said  Van Wyk.

Vaughn Botes and Nicholas Oberholzer also raced to a fifth place finish in the final when they stopped the stopwatch in the lightweight men’s double sculls-race in 6:26.20. Italy won in a time of 6:19.57 with Denmark second in 6:20.34 and Spain third in 6:20.48. 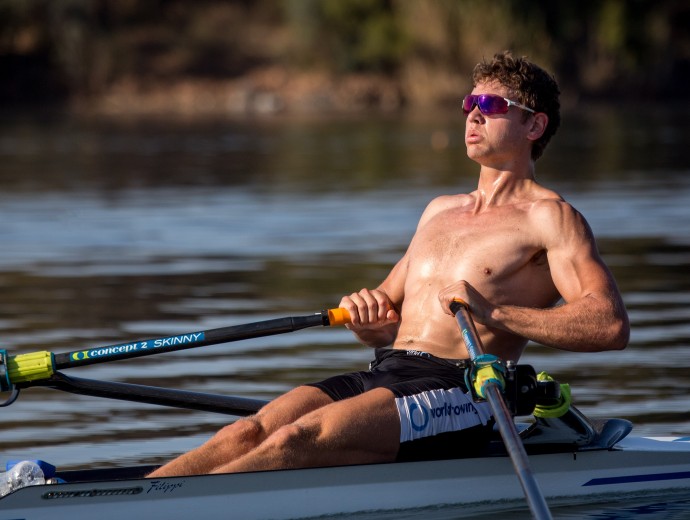