Kirsten McCann completed her collection of rowing World Cup medals over the weekend when she won a gold medal in Lucerne, Switzerland.

The Tuks/hpc rower was in awesome form rowing away from her rivals with brute strength, increasing her lead with each stroke to win the lightweight women's singles sculls winning in 7:45.75. Marieke Keijser (Netherlands) finished nearly three seconds later clocking a time of 7:48.61, with Patricia Merz (Switzerland) third in 7:50.00.

McCann is on record saying that a sound technique, as well as being physically strong and fit are of utmost importance to be competitive in international rowing.

'Rowing is also a huge mental challenge, especially when competing at the highest level. To put your body on the line is a huge ask. It is a challenge I relish.'

'I think we learnt a lot and that is the first goal of coming to the World Cup. Coming so close to a top three finish is frustrating, but it gives us confidence and at the same time desire to have a quality block of training before the World Championships in Sarasota,' said Hunt (Tuks/hpc).

Smith said their build-up to the World Cup was far from ideal as they battled with illness, which meant they could not prepare as they had wanted.

'Our performance in the heat was not the best, but we managed to up our game in the semi-final. In the final, we did not execute as we wanted, but towards the second half of the race, we started to find our rhythm which enabled us to get stronger towards the end.'

Brittain, who won a silver medal at last year's Olympic Games in Rio, described their performance as bittersweet.

'The final was tough. Just missing out on winning a medal really 'sucks', but was not all bad. We proved that we are in the mix. With two months of good, solid, hard training who knows what might happen at the World Championships.' 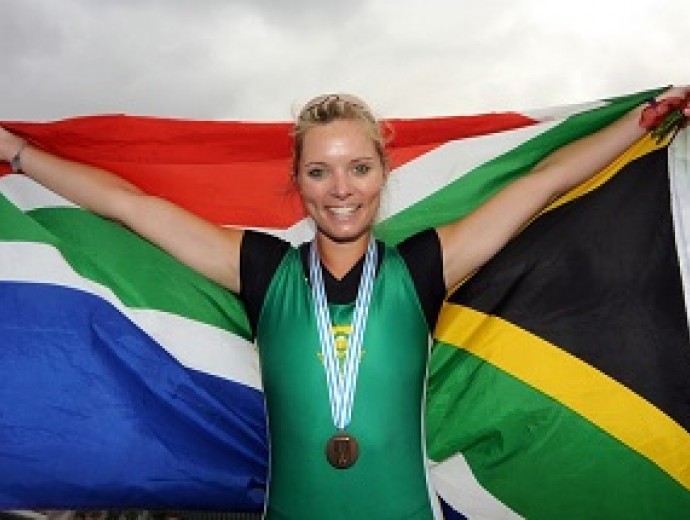