South Africa’s Olympian rowers will start their international campaign with a totally clean slate over the weekend when they compete in the Henley Regatta in England.

When Jake Green, John Smith, Lawrence Brittain and David Hunt take to the water in the Stewards Challenge Cup race on Saturday it will be a totally new crew with new dreams.

Brittain a silver medallist at last year’s Olympic Games perhaps described it best: “The year after the Olympics is always a bit of a shakeup. The team often has to recover after many of the “Old Dogs” retire and then settle back into a routine as the quest for the next Olympic cycle takes over.

“We went into a selection battle, looking for the fastest pair combination. Things started to get really heated with some cracker times on the clock, but a few weeks ago everything changed. Instead of the usual pair combinations going out to battle, the coaches have rigged up the four and want us to smash out some speed and see how it goes. After months of racing furiously against each other, we were suddenly all in one boat working together. Based on our speed and our potential a decision was made to go for the ‘Four’ this season and see where it takes us,” explained the Tuks/HPC-rower.

For Smith (Tuks/HPC) who is a former gold medallist at the World Championships and the Olympic Games in the lightweight division, it is definitely the start of a new chapter. Saturday will be his first international race as a heavy-weight.

It became quite a challenge for Smith who is 1.87m tall to keep on weighing in at 70kg which is the required weight to compete as a lightweight. After Rio, he made a decision to join the heavyweights where there are no weight restrictions and the ideal weight is over 90kg. He spent the offseason after Rio bulking up to his natural weight and to get physically stronger.

Smith admits that he did not expect to compete at the Henley Regatta.

“The idea was for me to keep on preparing for the World Championships but when one the rowers in one the men’s pair crews got injured I got the opportunity to team up with Jake Green. We managed to beat Lawrence and David in some of training ‘pieces’. That might have given the coaches the idea to team us up in the fours.”

Smith makes no secret about the fact that one of the remaining challenges on his “bucket-list” is to win at the Henley Regatta.

“I did compete in one final but we did not win. It is not easy winning at the Henley because there are so many variables that can influence the outcome of a race. The conditions are similar to that of the Buffalo Regatta.”

Kirsten McCann (Tuks/HPC) will compete in the Princess Royal Challenge Cup. It is a singles sculls competition. 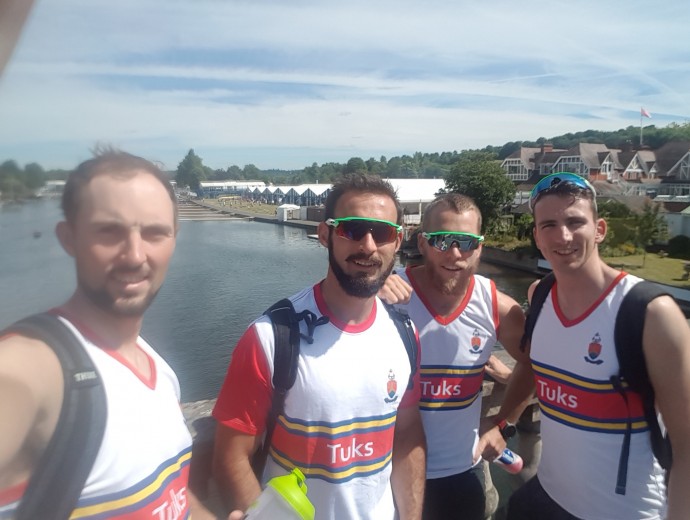