Kirsten McCann and Nicole van Wyk (TuksRowing) made it an all-women’s affair yesterday during the John Waugh Rock the Boat Regatta at Roodeplaat Dam by putting out the two best performances of the day.

The Olympian and a former World Championship medallist, McCann, rowed a time of 8 minutes and 21 seconds in her 2 000m final which worked out to 92.63%. Each crew has their time compared to a benchmark time. The crew with the highest percentage is deemed as the HPC High Performer of the day.

McCann certainly had to pull out all the stops to ensure the victory, as last year’s overall winner, Van Wyk, ended up scoring 92.19% just missing out to become the first rower to defend the Rock the Boat title.

Van Wyk was certainly not despondent at the result.

“The only thing that mattered today (5 February 2017) was that both Kirsten and I get a podium finish. I think it is the third time in five years that the Rock the Boat Regatta HPC-award has been won by a women’s crew. Proving that women really are doing it for themselves,” said a beaming Van Wyk.

McCann described their rivalry as one of the best things to happen.

“Nicole already gave notice last year that she is serious about rowing when she won the Rock the Boat Regatta. When she went on to win a silver medal at the Under-23 World Championship I really got excited because I knew there was going to be an intense rivalry in the lightweight women’s division.

“It is certainly beneficial for the both of us. We are constantly busy pushing each other to work harder, whether it is on the ergo, in the gymnasium or on the water.

“I know our rivalry is going to help us to become better and faster rowers. Nicole has some strongpoints as a rower that I lack and vice versa so we really feed off each other’s competiveness. The ultimate for us is to combine as lightweight women’s crew and to hopefully get the opportunity to represent South Africa at the next Olympic Games.”

Van Wyk also gets excited about the rivalry.

“Off the water we are friends but everything changes once we start rowing. For those two hours or so there is no talk about friendship. We know how to establish the boundaries and we also understand our friendship.

“The good thing about our training dynamics is that we all motivate each other. If I have a rough day or lack motivation, I just have to look to Kirsten and It will make me think ‘OK, I am tired but I will keep going.  If she is able to stick it out, so can I.”
McCann and Van Wyk have something else in common apart from a passion for rowing and forever trying to push the boundaries to success. They enjoy cooking.

When Van Wyk gets a chance to do what ‘normal’ people do she likes to cook up a storm in the kitchen. Her speciality is lamb shank. When asked what the secret is of serving the perfect lamb shank dish, she did not hesitate to say “Patience…lots of patience. It has to cook for hours.”

McCann dreams of one day owning her own restaurant which will serve healthy delicious food.

“After we rowed the final yesterday Nicole and I were busy swapping recipes,”  McCann joked. 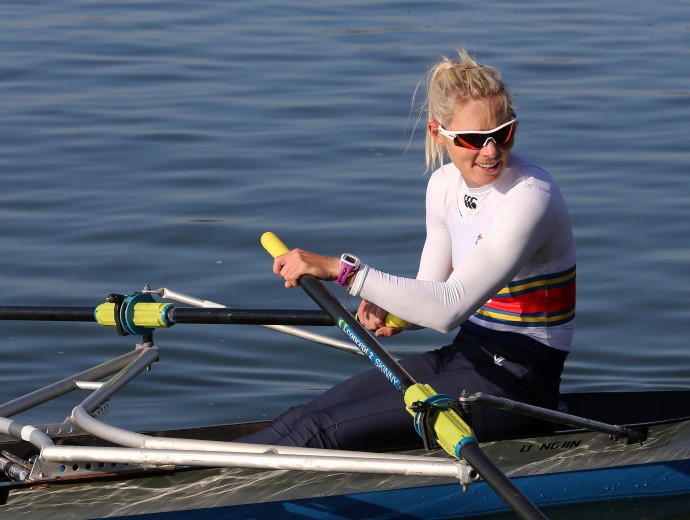