Kirsten McCann and Nicole van Wyk (TuksRowing) might possibly be Olympic teammates at the 2020 Games in Tokyo but tomorrow at the John Waugh Rock the Boat Regatta at Roodeplaat Dam friendship and camaraderie will count for nothing as there can be only one winner. Both have set their minds on being winners.

Roger Barrow (SA Rowing Head Coach) predicts that McCann is going to be victorious. He should know because he has insight of what has been happening during training. The “numbers” apparently favour McCann.

But Van Wyk is the defending overall champion and vowed that she won’t give up without a fight. She admits that there is a bit of rivalry between her and McCann. She ascribes it to the fact that they are both competing in the women’s lightweight category.

“It is actually exciting because most of the time we push each other to get faster. Honestly I have to admit that Kirsten is faster than me at the moment, but anything can happen in one race day. Last year’s Rock the Boat Regatta proved it. Winning overall enhanced my confidence. It was my first massive result and it made me realize that maybe I am good enough to beat the best. It certainly fuelled my fire to keep on pushing the boundaries,” said Van Wyk who went on to win a silver medal at the Under-23 World Championship.

McCann said she takes note of the fact that Barrow tipped her to win but in spite of it she won’t underestimate anybody.

“There is no doubt that I am going to be nervous as I am treating tomorrow’s race just as I would any other international race. It is the first time in six months that I will be racing again. That is exciting. I certainly did not take up rowing just to train every day.”

McCann does not want to make to a big deal of her “duel” with Van Wyk.

“The pressure is going to be about my own performance. Once I am in the boat there is just one goal and that is to be the best.”

The John Waugh Rock is a special event, because average rowers don’t often get the opportunity to test their skills against Olympian or World Champion medalists.

This regatta  is probably the only event that offers talented young rowers a fair chance of earning ‘bragging’ rights about how they managed to beat the likes of Lawrence Brittain (TuksSport), silver medallist at the 2016 Rio Olympic Games, or McCann who was a bronze medalist at the 2015 World Championships. David Hunt and Jake Green who were part of the four man crew that came fourth at last year’s Games are also competing.

Elite rowers do get beaten. In 2015 an under-16 girls’ crew of St Mary’s School were the overall winners and in 2013 the under-16 crew of KES won overall.

The John Waugh Rock the Boat Regatta is a concept that was brought to life by James Thompson and Matthew Brittain, two of TuksSport Olympic gold medal winners at the 2012 Olympic Games.

In layman’s terms, the formula to work out who wins overall is based on working out a percentage that compares the winning time of each team to the world record of their respective age group.

“This handicap system makes it possible for any age group or gender to win the coveted HPC High Performer of the Day award,” explained Thompson.

“There will be 1 000 rowers competing which is really exciting. The whole idea of the regatta is to create awareness for rowing as a sport.” 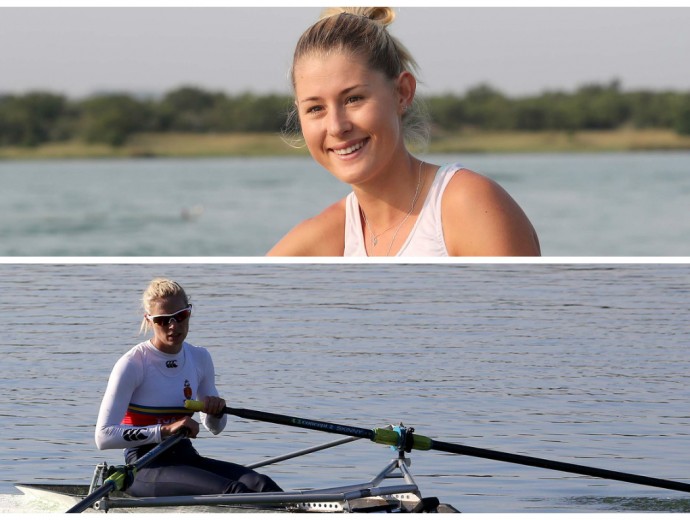