Roger Barrow, SA Rowing coach has turned down an offer to head up the Australian men and women’s rowing programme.  “I would have loved the challenge. That would have been awesome and  challenging opportunity. I think as a coach, I would have definitely grown,” Barrow said.

According to him the decision not to go to Australia was due to family obligations.  “But I will be honest it would have been hard to leave the South African rowing programme because I believe that there is so much more we can achieve,” said Barrow who was last year rewarded with the World Rowing Coach Award.

It was certainly well deserved as Barrow has spearheaded the development of elite rowing in South Africa which culminated in the first-ever Olympic gold medal in rowing for not just South Africa, but the whole of Africa in 2012.

He has since grown the South African rowing squad relying on the enthusiasm and dedication of the athletes in the face of funding limitations. Instilling a winning culture, he took a squad of five boats to last year’s Olympic Games – the biggest squad South Africa has ever fielded. All crews made the A-final with Lawrence Brittain and Shaun Keeling winning a silver medal in the men’s pair.

Barrow is considered to be the ultimate perfectionist.  He is on a never ending quest to find ways to enable his rowing crews to be that little bit faster, putting them in contention to win a medal at the Olympic Games or World Championships.

Barrow is quite modest about the honour bestowed upon him.
“I sometimes still got to remind myself that my name will appear alongside some of the world’s best rowing coaches. I consider most of the previous coaches to have received the award in the past as role models. I certainly studied the way they do things.
“But it is not just my award. This is due to a team effort. I am privileged as a coach to have a fantastic team working with me”: Barrow said. 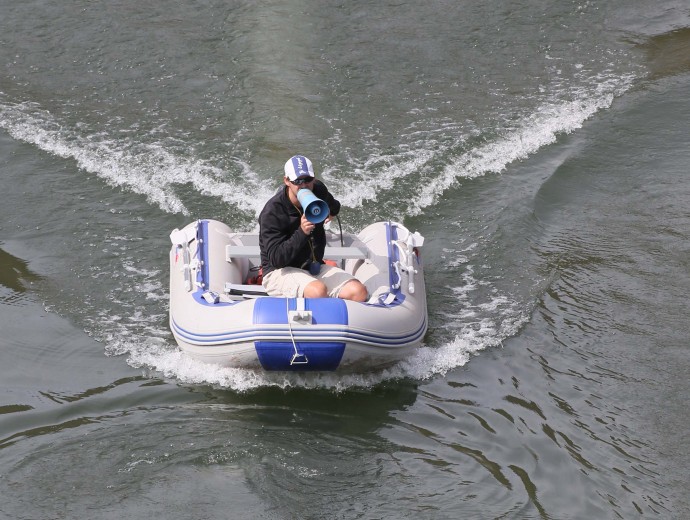