#TuksRowing: Lawrence Brittain is a personification of the Olympic spirit

No matter what happens in the heats of the men's pair rowing at the Olympic Games in Rio tomorrow (Saturday, 6 August), Lawrence Brittain will be a winner.

The most important goal in the Olympic Games should be not to win but to take part. Just as in life, the essential objective is not to have conquered but to have fought well.

Brittain's attitude truly symbolises what the Olympic Spirit is all about.

At the beginning of last year, there was absolutely no guarantee that the Tuks/hpc rower would be able to compete at the highest level ever again. He had just recovered from Hodgkin's disease (cancer of the lymph system).

But quitting is not a word in Brittain's vocabulary. He was never going to give up on his dream of becoming an Olympian by allowing himself to become a 'victim'. Because of Brittain's never-say-die attitude, his family's proud rowing tradition will not be interrupted.

In 2012 Matthew Brittain was a member of the 'awesome foursome' team that won a gold medal at the Olympic Games in London. His father David just missed out on qualifying for the 1996 Games in Atlanta and his mother Danielle is a team doctor for the national rowing squad. And there may be more to come. The two younger Brittain brothers, Charles and James, are also avid rowers.

When asked about his motivation, Brittain said his goal is to finish first as often as he can. 'I really enjoy winning. To be honest, I have not won enough yet, so I have to keep going. I am still on the hunt for that feeling of being the best. My ultimate goal is to win a medal for South Africa at the Games.'

Apart from his elder brother Matthew, Brittain credits Ramon di Clementi (bronze medallist at the 2004 Olympic Games) as someone who helped fuel his ambition to succeed. '“Believe!” This is what Ramon di Clemente said to me before I became an under-23 world champion. “You have to back yourself otherwise the nerves will get to you.”'

Matthew Brittain describes his brother as an exceptional athlete. 'What I admire about Lawrence is his ability to put his head down and push his body harder than anyone else.  Because I am an athlete myself, that is what I respect most.'

Brittain's partner in the men's pair boat is Shaun Keeling, who finished fifth with Di Clemente in the final at the 2008 Games in Beijing. 'I consider my fifth-place finish at the 2008 Games with Ramon di Clementi to be the biggest achievement of my rowing career. As far as I am concerned, the Games is the ultimate sports event,' said Keeling, who won a bronze medal at the 2014 World Championships.

Brittain and Keeling will be competing at 15:30 (SA time) tomorrow. 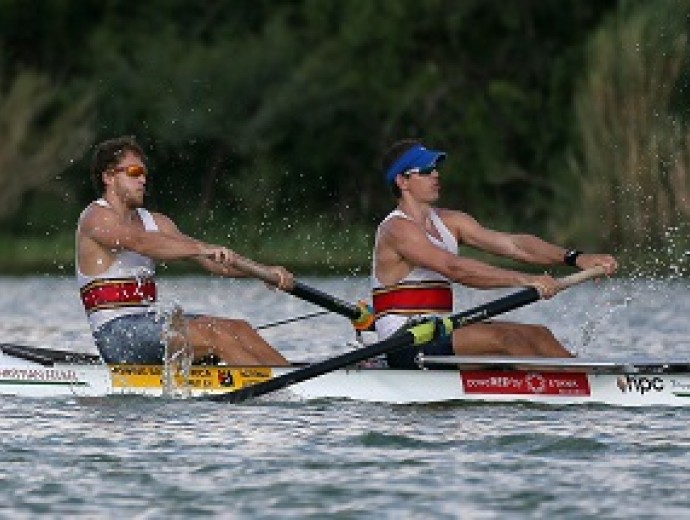