With only two Olympic spots up for grabs, South Africa's men's four crew shrugged off the pressure to qualify the country's fifth boat for the Rio Games.

David Hunt, Jonty Smith, Vince Breet and Jake Green overcame great obstacles to secure their place at the Olympic qualification regatta in Lucerne, Switzerland. The quartet cruised into the final, winning their heat, but saved the best for last when they outclassed the French crew in the final. They dominated the race from start to finish with a time of 5 m 55,22 s, with the French team finishing in 5 m 57,1 s.

At last year's World Rowing Championships in France the South African men's four missed out on qualifying while four other boats – men's and women's lightweight double sculls, and the men's and women's heavyweight pair – earned their places for the Games. The crew was since reshuffled, with Lawrence Brittain being promoted to the men's pair boat while Sizwe Ndlovu lost his seat.

The men's four crew finished in sixth place at the first World Rowing Cup in Varese, Italy, last month where they were slightly erratic during their races.

The only South African boats to qualify for the previous Olympics were the men's lightweight coxless four and the women's pair, which was rowed by Lee-Ann Persse and Naydene Smith.

The heavyweight class has shown remarkable growth. After failing to qualify a single boat at the previous global showpiece, they now have two boats represented at the Games. This says a lot for national rowing coach Roger Barrow and his dedicated support team, and for the system they have built around a group of tenacious rowers.

Breet won the bronze medal in the world men's pair event with Shaun Keeling in 2014, and Hunt featured at last year's world championships.

Before the regatta Barrow said that although it would be a fantastic achievement to qualify a fifth boat, the greater reward would be for these rowers to make it to the Games. 'I would be happier if the four of them just get their tickets for the Games because they've put in a lot of work,' he said. 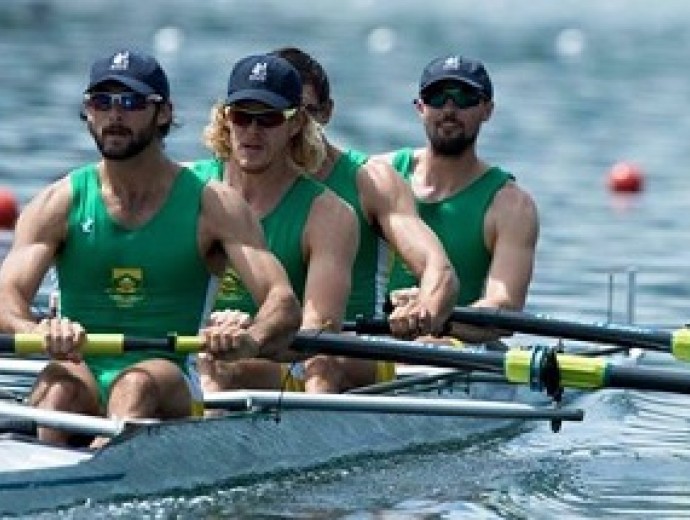