Boat Race is an annual event that is held on the Kowie River in Port Alfred and Universities from across South Africa compete against each other for top position.

For the second year in a row TuksRowing sent four full crews (Men’s A & B and Women’s A &B), and for the first time sent Novice Rowers to compete in a composite crew with UJ and UKZN.

All crews race in heats to get into the finals which are based on the best times achieved in the heats. The Tuks B Men’s crew affectionately known as the Beast Crew made it through to the third and fourth place final (B Finals) of the B Section. The crew comfortably took third place winning Bronze.

The Tuks B Women’s Crew made it through to the first and second place final (A Final) of the B Section. They were up against Rhodes B, a historically strong crew, and in tough conditions finished second to take the Silver.

The Tuks A Women’s Crew found themselves up against a strong Rhodes A crew in their A final. The women completed their race in fine style taking first pace and the Gold with a time of 16:54.74, this is the first time in the history of the Tuks Rowing Club that the Women have taken Gold in the A final of the A Section.

For the fourth year in a row the Tuks Men’s A Crew arrived at Boat Race as the favourites to win the A Section A Final, and they did not disappoint. Up against UCT Tuks A Men powered to a 18:26.91 victory. 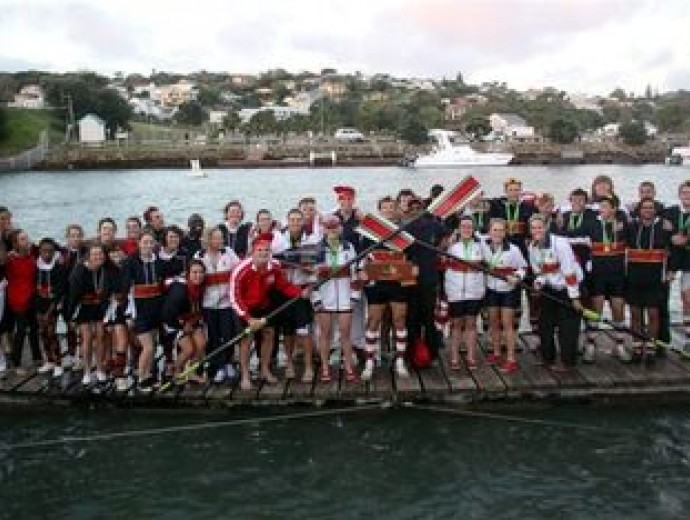