Climate change, food scarcity, drought and increasing food prices are some of the challenges facing the world today. As young academics come face-to-face with these global challenges, they are determined to take charge by taking up careers that are aimed at making a lasting impact. Recent achievements by young scientists from the Department of Plant and Soil Sciences proved that science plays a huge role in tackling these global challenges, especially in Africa.

Six students attended the African Combined Congress at Ratanga Junction in Cape Town recently, four of whom – Tsholofelo Kibido, Pfano Mbedzi, Theunis Smit and Nadia Ibraimo – proved that their work in the area of plant science is among the best in Africa as they walked away with prestigious awards.

Kibido, a PhD student, received an award for best paper presented by a student from the South African Society for Crop Production (SASCP) for her work on soybean nodule development under drought. She said: ‘It is a huge privilege and honour to see that various societies recognise the value of your research and how it can impact African agricultural sustainability.’

The SACP President's Award for the best poster presented by a student was received by MSc student, Mbedzi, for her work titled ‘Initial screening of South African commercial soybean cultivars for simple sequence repeats conferring resistance to Sclerotian sclerotiorum’. Mbedzi said the event highlighted the need to address the gap between academics, government and the industry so that there is increased awareness of the research that universities conduct.

Smit won an award for best paper presented by a PhD student from the South African Society for Horticultural Sciences (SASHS). He also walked away with a student travel award for the best overall student presentation, for his work on ‘Water use and water use dynamics of Macadamia orchards’. He said he believes that with the problems we will face in the near future with regard to water and food security, it is very exciting to know that there is a contingency plan in place to face such challenges.

Ibraimo, a final year PhD student, received an award for the best paper published in 2017 by a member of the SASHS. She said: ‘I felt rewarded for my hard work and also proud to be registered at the University of Pretoria, which is recognised as one of the best universities in Africa.’

Kibido and Mbedzi, members of the Molecular Plant Physiology research group, also had the opportunity to participate in a workshop on new plant breeding methods for sustainable use of genetic resources and security of food production, organised by the Australia-Africa Universities Network (AAUN), at the University of Mauritius in late January.

The students were full of praise for their respective research supervisors, Dr Juan Vorster and Dr Nicolette Taylor, for their excellent mentoring and guidance. 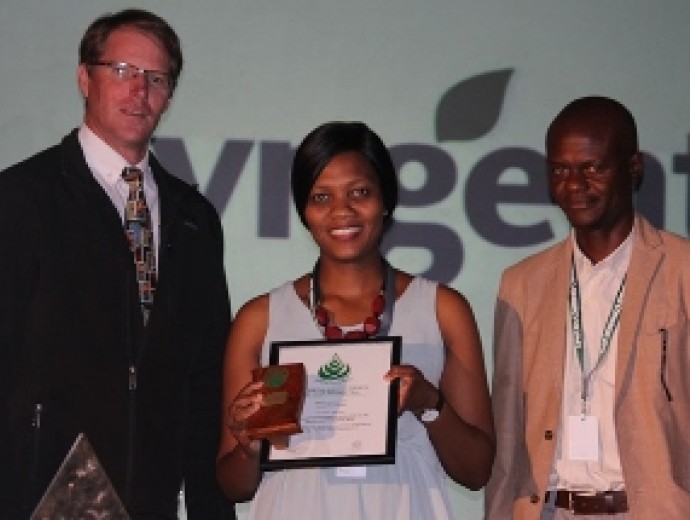