Prof Bernard Slippers has officially been appointed as Professor and Director of the Forestry and Agricultural Biotechnology Institute (FABI) in the Faculty of Natural and Agricultural Sciences at the University of Pretoria (UP) from 1 January 2018.

Prof Slippers obtained his PhD from the University of Pretoria in 2003. After that, he was appointed as a permanent, full-time academic staff member in the Department of Genetics (Senior Lecturer from 2003 to 2006, Associate Professor in 2009 and Professor since 2013).

He is a core team member of FABI's Tree Protection Co-operative Programme and Centre of Excellence in Tree Health Biotechnology.

Prof Slippers' research focuses on the ecology and evolution of insects and micro-organisms that affect tree health, and the development of tools to mitigate their impact. He uses genetic, genomic and chemical tools to characterise global patterns of spread of invasive tree pests and pathogens, as well as their population dynamics, communication systems and mating strategies.

He has published more than 200 papers, some of which appeared in such high-profile journals as Science, Trends in Ecology and Evolution and Trends in Plant Science. He has also authored a number of chapters in books. Prof Slippers has supervised several postdoctoral researchers, as well as more than 50 PhD and MSc students.

He has received wide recognition for his research, both nationally and internationally, including a B1 rating from the NRF, the UP Chancellor Award 2016, the British Association Medal (Silver) and the JE Vanderplank Award from the Southern African Society for Plant Pathology.

Prof Slippers is a founding member of the Global Young Academy (GYA) and the South African Young Academy of Science (SAYAS). He has served in the leadership of both these organisations, including as co-chair of the GYA. Prof Slippers is also a Young Affiliate of the Academy of Science of the Developing World (TWAS) and a member of the Academy of Science of South Africa (ASSAF). He leads the development of the Future Africa Institute at UP – aimed at developing excellence in transdisciplinary science leadership for innovation in Africa – as well as its associated Africa Science Leadership Programme.

Prof Slippers and his wife head the residence of TuksVillage, putting him in a favourable position to drive the faculty imperatives of transformation.

We wish Prof Slippers great success in his new role as Director of FABI. 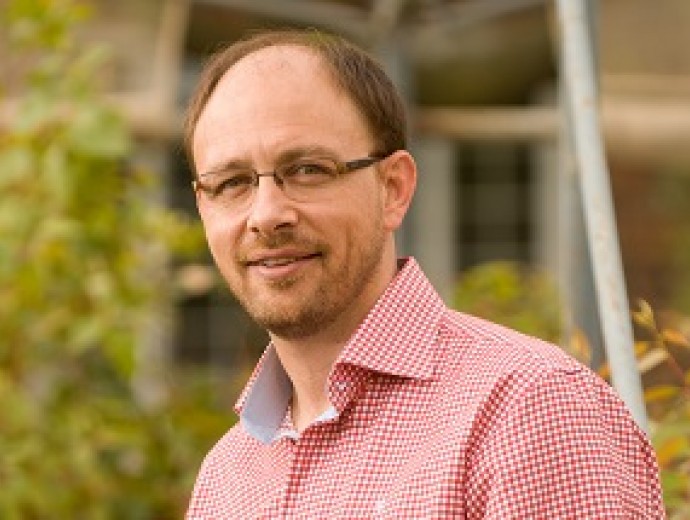