In February 2021, the world’s largest nesting fish colony, covering an area of 240 km2 and consisting of an estimated 60 million fish nests, was discovered in the Weddell Sea, approximately 500 m below the Antarctic sea-ice.

The team was on the German ice-breaker and polar research vessel, RV Polarstern, Lillian Boehringer, when they noticed circular nests on the camera. They identified the fish as Jonah’s icefish (Neopagetopsis ionah), found only in the freezing Southern Ocean and waters surrounding Antarctica. These fish have adapted to survive in the extreme cold by developing clear blood containing large amounts of antifreeze compounds.

The Jonah icefish guard nests of approximately 56 cm in length, spaced about 25 cm apart and each containing an estimated 1 735 eggs. This means there are four nests in every square metre in an area of 240 km2. Researchers on board were very excited by the discovery and were able to pool their expertise and data. Dr Mia Wege from UP’s Mammal Research Institute and the Department of Zoology and Entomology was one of the people on board the Polarstern and was deploying satellite trackers on Weddell seals to record their location and diving depth and to do oceanographic measurements of the water column, salinity and temperature. The trackers made it possible to study the underwater lives of seals and the properties of the water column below the ice.

Dr Wege explained: ‘Weddell seals are also predators of icefish and, as a seal biologist, I was, of course, curious to see whether seals spend a lot of time diving and potentially hunting in the area where the fish nests are. So my colleague, Dr Host Bornemann, and I analysed the satellite tracking and diving data of the animals on which we had put satellite trackers during the expedition. I also studied data collected during five previous expeditions to the same area since 2007, and we discovered that Weddell seals spent >50% of their time actively diving in this area, which suggests that ice fish may be an important prey source for Weddell seals.’

The areas immediately adjacent to the fish nests were littered with fish carcasses, suggesting that these fish are part of the local food webs and influence the cycling of nutrients. In addition, Dr Purser and his team left behind two underwater cameras in the ice that will take photos for the next two years, after which they will be retrieved. 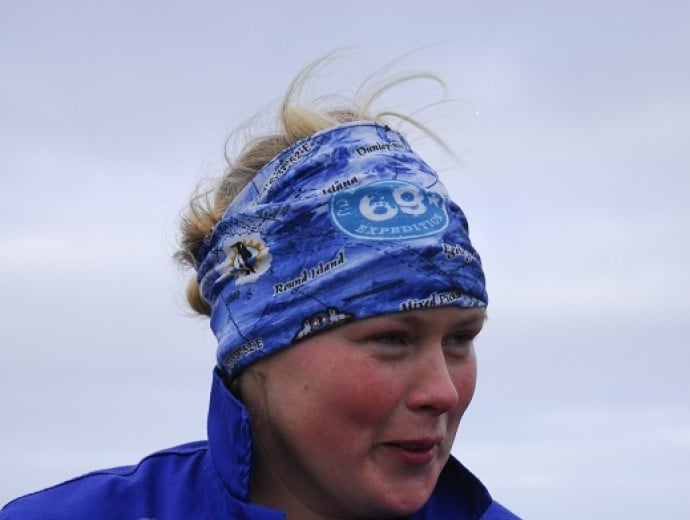