A group of leading conservationists has declared that an extinction crisis is facing the world's largest wildlife. In a new report titled 'Saving the World's Terrestrial Megafauna', they found that 59% of the world's largest carnivores, including big cats, and 60% of the world's largest herbivores, face dramatic population and range losses. The Conversation Africa's Samantha Spooner spoke to one of the authors, Peter Lindsey, Policy Coordinator of the Lion Programme (Panthera) at the University of Pretoria, about the findings.

How serious is the threat facing megafauna?

The threat is severe and accelerating. Approximately 60% of the world's largest carnivores and herbivores are classified as being threatened with extinction according to the International Union for Conservation of Nature Red List of threatened species. We are at serious risk of losing some of our most iconic, charismatic and beloved species.

In some cases, species may not necessarily go completely extinct, but disappear from vast areas where they occurred. For example, African elephants are facing a massive poaching onslaught, 75% of their populations are declining and their range is shrinking fast.

What are megafauna, where are the biggest populations and why are they important?

Megafauna are large animals. For example, mammalian carnivores of 15 kg or larger like African wild dogs or lions, and herbivores of 100 kg or larger such as elephants, rhinos or hippos. Significant populations occur in a number of places in the world, including Africa, North America, northern Europe and parts of Asia. The highest densities of megafauna probably occur in parts of southern and East Africa.

Megafauna species are very important for a variety of ecological, social and economic reasons. They play a vital role in ecological processes such as predation (preying on other animals), nutrient cycling, seed dispersal and through the 'engineering' of soil and vegetation. For example, large herbivores consume and trample plants, which can maintain open areas in otherwise dense vegetation. This can be crucial for other species to gain access.

Large mammals are also important to human societies as symbols and totems. A great number of people derive enormous value from the simple knowledge that large, charismatic, and sometimes dangerous species still exist. And in some cases cultural values bestowed on megafauna translate into economic values through tourism industries.

What is threatening them and what is the extent of the threat?

Many species are taking strain from growing human population pressures. Key threats include habitat destruction for agricultural and urban expansion, excessive harvests for meat or body parts and persecution due to conflict with humans over crops or livestock.

The extent of these threats varies greatly from country to country and from species to species. But on the whole. pressures on megafauna are severe. That's why we are seeing dramatic population declines and range contractions.

Why are they particularly at risk?

Megafauna often occur at very low densities and have very large area requirements. Some species need huge tracts of natural habitat to survive. Due to their large size, many species breed relatively slowly. This means that they are less resilient than many smaller species and less able to handle persecution and harvest.

In Africa, what are the greatest challenges in protecting megafauna?

There are several key threats to megafauna on the continent. The one that arguably affects the widest range of species is the illegal bushmeat trade. Hundreds of thousands of large mammals per year are poached, with snares or automatic weapons, for meat to fuel an increasingly commercialised trade in bushmeat. This can decimate wildlife populations if left unchecked.

Targeted poaching for body parts is also causing rapid declines in some species. For example, elephants are poached for ivory, rhinoceroses for their horns and leopards for their skins.

Habitat destruction and encroachment of wild lands by people and their livestock is another major and growing issue. This also happens in many formally protected areas. As human and livestock populations expand, human-wildlife conflict is a growing issue. This invariably ends badly for the wildlife involved.

What can be done? Are any groups getting it right?

We need to do three key things to save Africa's megafauna.

Second, a large proportion of demand for wildlife products for the illegal wildlife trade is international in nature. Thirdly, developed countries have never lived up to pledges of conservation support made at the Rio Earth Summit in 1992. Lastly, investing in protected areas is a very direct way in which the developed world can help to promote sustainable development in rural areas.

Managing protected areas well enables the development of sustainable tourism industries. This can provide economic diversification, stimulate job creation, generate livelihood benefits and provide poverty relief in a sustainable way. Unfortunately, in many African countries, wildlife is key to attracting visitors. But it's being lost before the economic benefits can ever be generated.

The organisations achieving the greatest conservation gains in Africa are, in my opinion, those that have forged long-term partnerships with state wildlife authorities for the management of protected areas. These show the significance of long term engagement, backed up with financial support and strong technical and capacity building input. These partnerships have delivered impressive recoveries in wildlife populations in some places. Examples include, among others, the Frankfurt Zoological Society and African Parks.

Some organisations have done incredible work in developing wildlife as a land use on community lands. For example, the World Wildlife Fund and others in Namibia and the Northern Rangelands Trust in Kenya. In both countries, vast areas of community lands have become established as wildlife areas as a direct result of conservation programmes specifically designed to target human needs and to empower local communities.

The contributions of conservation NGOs are of key importance. But the hard work and dedication of African state wildlife authorities in saving megafauna under difficult conditions must not be understated. The most effective conservation programmes are those that work closely with (and empower) wildlife authorities and the local communities that live with – and ultimately decide the fate of – wildlife. 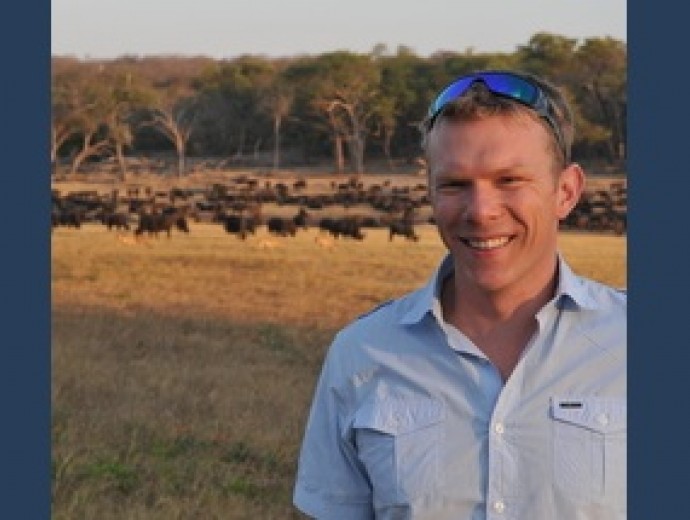