Prof Bob Millar, an internationally recognised scientist at the University of Pretoria (UP) is the winner of the 2016 John FW Herschel Medal in recognition of his highly distinguished multidisciplinary contributions to the furtherance of science.

Prof Millar is the Director of the Mammal Research Institute (MRI) and the Centre for Neuroendocrinology at UP, as well as Co-director of the University of Cape Town/Medical Research Council Receptor Biology Unit. He was recently appointed as the President of the International Neuroendocrinology Federation (INF). Prof Millar received this award for his exceptional contribution to science in South Africa, with a long career of world-class high-impact research across multiple fields, with a very strong interdisciplinary theme.

The John FW Herschel Medal is the senior medal of the Royal Society of South Africa and is awarded to those researchers who are outstanding in either a field of research that straddles disciplines or in more than one unrelated field.

Prof Millar has an impressive eclectic research record in diverse disciplines. He completed his BSc Hons in Zimbabwe, and undertook postgraduate research in Zambia where he identified phytoestrogens in grass species which were implicated in cattle infertility.  Subsequently, for his MSc at London University, he conducted research in amino acid metabolism.  This was followed by a PhD at the Liverpool University on photoperiodic regulation of seasonal reproduction in the hyrax.

Prof Millar then directed his endeavours to the development of novel assays for hormones for the diagnosis and treatment of hormone-dependent diseases as a Chemical Pathologist at Groote Schuur Hospital and the University of Cape Town (UCT). While at UCT he became fascinated with a new area of research, namely the regulation of growth, metabolism, reproduction and stress by small neuropeptides, produced in the brain. Together with his student he isolated and structurally characterised a novel peptide that regulates reproduction from 600 000 brains, which was the fourth structure identified. The Nobel Prize was awarded to Schally & Guillemin for isolating the first three. The receptors for these neuropeptides were unknown and Prof Millar took up a new challenge to develop molecular biology techniques. He was the first scientist, together with Dr Sealfon, to clone the receptor for Gonadotropin Releasing Hormone (GnRH) which regulates reproduction and participated in the development of analogues of GnRH which now constitute a billion dollar market as the primary treatment of prostatic cancer, precocious puberty (the sole treatment), hormone-dependent diseases in woman (e.g. endometriosis) and for in vitro fertilisation (IVF).

In 1998 Prof Millar was appointed as Director of the Medical Research Council (MRC) Human Reproductive Sciences Unit in Edinburgh. There he moved on to studies on the upstream brain regulation of GnRH and was the first to publish and patent Kisspeptin antagonists as potential new intervention drugs.  He also participated in the development of a Neurokinin B antagonist which has entered the clinic for the treatment of polycystic ovarian syndrome (afflicts 10-30% of women).

This research continues in his present position as Director of the Mammal Research Institute at UP. Here he has again transmogrified his research to tackle diseases in wildlife. Prof Millar’s diverse research contributions (infectious disease, chemistry, biochemistry, neuroscience, pathology, biology, physiology, drug development and clinical research) resonate with the remarkable diversity of John Herschel’s scientific contributions and the society’s desire to award the medal “to those who are outstanding in either a field of research that straddles disciplines or in more than one unrelated field”.

Prof Millar has published over 400 articles in peer reviewed journals, including Science, Nature, PNAS, Journal of Clinical Investigation, Journal of Biological Chemistry and New England Journal of Medicine (IF 47) which have been cited over 17 000 times. He is an NRF A-rated scientist and has an H-index of over 70. He has filed 18 patents and established a successful Biotech company. He has received numerous international awards and laureates. He was inducted as a Fellow of the Royal Society of Pathologists (FRCP) for his publications in Chemical Pathology, a Fellow of the Royal Society (Edinburgh), a Fellow of the Royal Society of South Africa and member of the Academy of Science of South Africa.  He has served on the editorial staff of many international journals and is Editor in Chief of Neuroendocrinology (IF 4.97). Over 50 postgraduate students graduated under his mentorship. 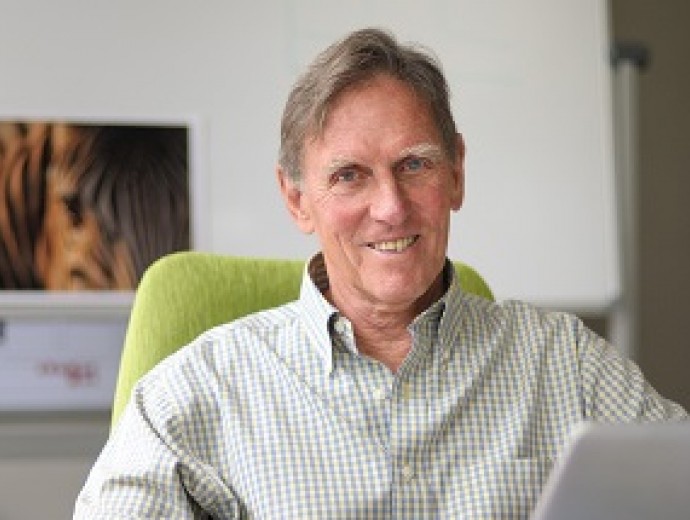