On Friday, 20 April, law students and lectures were introduced to the world of PPP’s, Public Private Partnerships, by Lyle Cupido, senior associate in Projects and Infrastructure at DLA Cliffe Dekker Hofmeyer. She guided students and lectures on the basics of this complex, but interesting, business venture. Most students were surprised to realise the variety of fields of law that PPP’s had an effect on, such as Constitutional Law, Administrative Law and Contract Law, just to mention a few. Lyle was accompanied by second year candidate attorney, Khaya Mantengu, and Thando Msomi, from Human Resources. Khaya, with great enthusiasm, told students about what the life of a candidate attorney at DLA Cliffe Dekker Hofmeyer, entails. 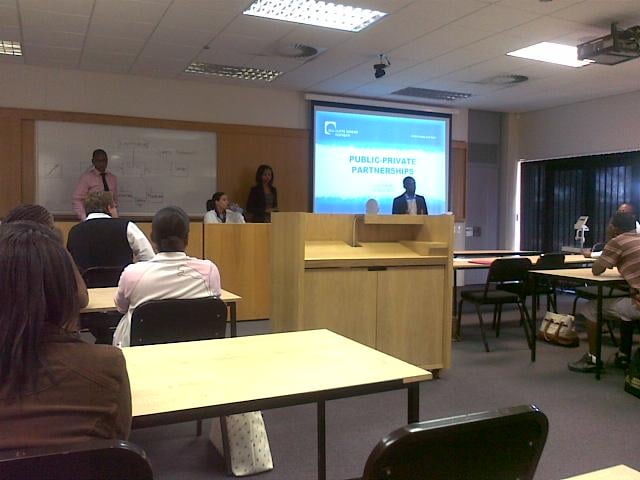 Law House would like to thank Lyle, Khaya and Thando for their time and effort, as well as everyone who took the time to attend. We hope you all enjoyed it as much as we did.