#TuksFootball: Tuks qualifies for the semi-finals of the 2021 Women’s Varsity Football tournament in Pretoria

For a few years, the Tuks women's football team has been one of the "invisible teams" during the Women’s Varsity Football tournament. They played, but their results got no one excited, but things have changed.
Tomorrow Tuks will contest the semi-finals playing UJ. If the Tuks players stick to what they have been doing for the past two days, they could cause another significant upset.
The team is already credited as being the Tournament's "lion slayers" after beating TUT 2-0 on Wednesday. TUT have been the champions for the past six years.
Yesterday Tuks outplayed DUT winning 5-1. Barely six hours later, they showed a lot of character playing to a 1-all draw against Wits. The result meant they finished top of their group, being the only unbeaten team in Group A.
Tuks's coach, Maude Khumalo, had a simple explanation for the turnabout in the team's performance.
"If the basics are being done right, the battle on the field is half won," she explains.
"It was important to win against TUT because it gave the players confidence they needed. I knew the game against DUT was going to be tough at first, but they were never going to match us in fitness. It would have been nice if we did not concede a goal. But hopefully, now the players will realise that if you err, the opponents will punish you.
"All in all, I guess I can't complain. The goal was to remain unbeaten and to win our group. And we have done so."
A tired but elated Morongwa Manamela (Tuks captain) was thrilled about beating TUT.
"To overcome TUT at long last was great because we made history. It is the first time we have ever beaten them. I think it is high time that we bring about change in women's football."
Given that it was their second game of the day and most of the player's legs were "heavy and dead", Manamela is also happy with the draw against Wits.
"I am impressed how my teammates pushed until the last minute putting their bodies on the line. But the tournament is far from being won. Today (1/10), we need to go back to the drawing board. We made mistakes, and we paid for it. We can't afford to do so again tomorrow."
Wendy Shongwe deservedly got the player of the match award in the game against Wits. With two goals to her name, she is one of the team's top goal scorers.
The secret to goal scoring, according to her, is doing the hard work during the game and to anticipate what is going to happen. But most importantly is not to rush things when going for that "big kick".
"Scoring goals is about biding your time and not just rushing doing and hoping."
The kick-off for the semi-final between Tuks and UJ is at 11:30 on Tuks's C-field. Wits and UWC will clash at the same time on Tuks’s B-field.
- Author Wilhelm De Swardt
Share this page
Published by Bhekani Ndebele 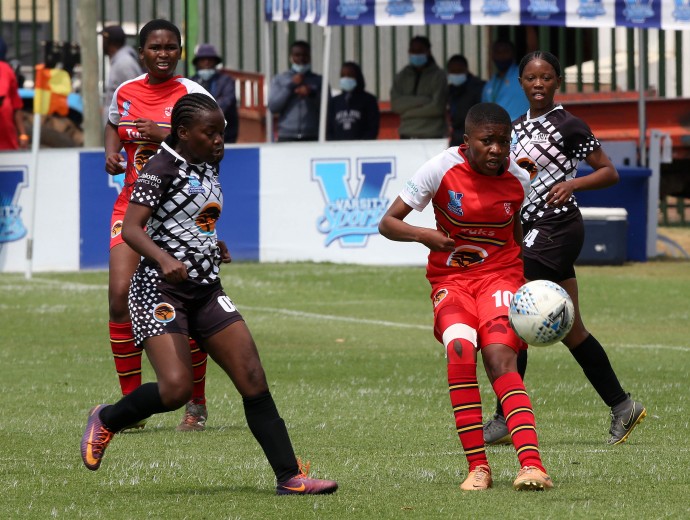