Following  the 2011 outbreak of CEM , further investigation was required to define the pre-existing status of T. equigenitalis in the South African equine population and the progression of the epidemiological investigation via the implementation of a molecular diagnostic-based surveillance programme.

T. equigenitalis is a bacteria that causes contagious equine metritis (CEM), a venereally transmitted disease of horses.  The bacteria is spread directly during natural mating or artificial insemination (AI) with semen from a carrier stallion.  Stallions show no clinical signs and carrier status may last for months or even years.  Mares typically show a varginal discharge and irregular interoestrus periods or may show no clinical signs.  Most mares rid themselves of infection, however a small population of infected mares may attain carrier status.

Bacterial culture is the test currently recognised by the World Organisation of Animal Health (OIE for international trade purposes. However,   T. equigenitalis is slow growing and is readily overgrown by other microorganisms present in the reproductive tract of horses, therefore affecting the sensitivity and utility of  bacterial culture.  Due to these difficulties, various qPCR tests have been developed to detect the presence of the bacteria.

Since the first reported cases of CEM in Thoroughbred horses in the UK, the disease has been found to have a worldwide distribution.  The most recent outbreaks in non-endemic countries include the 2008-2010 outbreak in the USA and the 2012 outbreak in Gloucestershire, UK.  South Africa was considered free of CEM until 3 May 2011 when a suspected outbreak was confirmed.  This paper describes the subsequent outbreak investigation and shows how molecular tools were utilised during a national surveillance programme and outbreak management.

The South African Veterinary Authority notified the OIE in May 2011 of an outbreak of CEM in South Africa.  The index case, a stallion released from post-arrival quarantine in February 2011, was moved to an equine breeding centre in Gauteng Province where semen was collected for AI, which resulted initially in successful embryo transfer (ET) from several mares.  Subsequently, following unsuccessful ET attempts, tests were performed and the stallion and a mare inseminated with his semen tested positive on culture for T. equigenitalis.

Subsequently all in-contact horses at the breeding centre (index property) were traced, quarantined and sampled for T. equigenitalis testing.  Two stallions that had indirect contact with the index case on the index property tested positive on a second property.  A national screening programme was subsequently introduced in August 2011 to facilitate investigation of the extent of T. equigenitalis within the South Africa equine population.

National Screening Programme : The SA Directorate of Animal Health instituted a national screening programme and issued an order that no stallion was allowed to be used for breeding without the issue of an official CEM clearance certificate.  To support this ruling, only offspring from stallions with a valid CEM clearance certificate for that breeding season were eligible for registration by their relevant breed society.   The screening programme used qPCR for testing, with any positive horses being retested using a combination of qPCR and confirmatory bacterial culture.

Traceback of horses in contact with positive stallions identified during the national screening programm:  Following the identification in the Western Cape Province of a T. equigenitalis-positive stallion originating from the SA Lipizzaner Centre (SALC) in Gauteng Province, a traceback screening of all 33 stallions resident at the SALC was instituted and all stallions were swabbed in accordance with the method prescribed in the legislation.

Archived semen samples of 7 stallions from the SALC that had formed part of a 1996 investigation of equine arteritis virus were accessed in August 2014 and submitted for qPCR and culture.

The findings of the national screening programme and traceback of in-contact horses demonstrated that the index stallion was not the source of this outbreak.  Records showed negative bacterial cultures for T. equigenitalis during both pre- and post importation quarantine testing, and it was only after initially successful AI and ET’s at the index property that the observed genital infection was confirmed as T. equigenitalis.  More recently the archived semen samples collected from Lipizzaners in 1996 were shown to be positive for T. equigenitalis on both bacterial culture and qPCR, indicating the organism’s presence in South Africa prior to the 2011 outbreak.

Several stallions from the SALC had visited the index property for semen collection during 2001-2006; however prior to this, the SALC had maintained a closed herd since the first introduction of Lipizzaners into South Africa in 1948.  It would appear that following the introduction of the organism into South Africa, the infection persisted at the SALC and  thereafter,  the index property was repeatedly contaminated during  visits by colonised stallions for semen collection, with further stallions being infected by fomite transmission, i.e. via grooming equipment, personnel during semen collection and handling, tack etc.  No evidence of T. equigenitalis was detected among Lipizzaner mares and offspring at a satellite property, thus supporting the theory that fomite transmission was the probable primary cause of transmission among stallions resident at the SALC.

A web-based platform coordinating key aspects of stallion screening was set up and proved  indispensable in disseminating information, ensuring compliance of stakeholders and providing a central database for data collation facilitating epidemiological investigation.  Successful treatment of all positive horses supported redrafting of pertinent CEM legislation to include a derogation permitting the treatment of any infected equines subject to compliance with the legislation where prior legislation has stated that any T. equigenitalis-positive stallion needed to be castrated or euthanased and any positive mares were to be euthanased.

This study showed that T. equigenitalis was present in the South African Lipizzaner population prior to outbreak identification in 2011.  During  investigation of outbreaks, targeted surveillance of stallions and their in-contact mares is recommended and qPCR was proven to be the more sensitive testing method.  Ongoing bacteriological surveillance of all horses entering assisted reproduction facilities is recommended despite the T. equigenitalis status of a country. 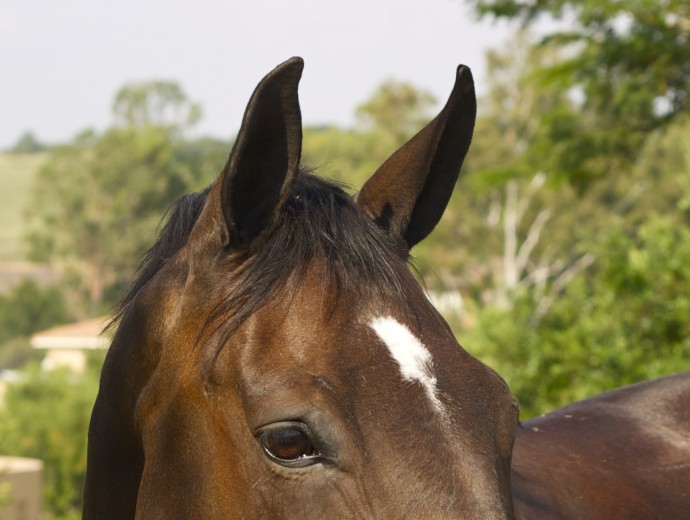