Dr Chris Mauki is a lecturer at the University of Dar es Salaam, Tanzania, and is currently enrolled as a postdoctoral fellow in the University of Pretoria (UP)’s Faculty of Education. His current research focusses on child resilience in poverty areas in the Eastern Cape, and implementing vegetable gardening in communities to help with nutrition and income.

Prof Irma Eloff, Dean of the Faculty of Education at UP,  said, ‘Dr Mauki's research is an excellent example of scholarship that is put to practical use for the betterment of society. As a postdoctoral fellow in the Faculty of Education, he also serves as a role model for young, upcoming researchers. He is dynamic and energetic. He also moves flawlessly between various national contexts and is completely dedicated to his field.’

Dr Mauki completed his PhD last year under the supervision of Prof Ronel Ferreira, Head of the Department of Educational Psychology at the University of Pretoria’s Faculty of Education. His research focussed on exploring and explaining the potential effects of marital dissolution (both positive and negative) on the academic development and psychosocial well-being of children in Tanzania. His hypothesis was, ‘How can insight into marital dissolution in Tanzania broaden our knowledge on the effects it has on children?’

This constituted his primary research question which was also supported by secondary research questions such as: ‘Which processes (traditional or legal) are followed when Tanzanian parents decide to separate?’, ‘What is the effect of marital dissolution on children’s academic and psycho-social functioning?’ and ‘To what extent do Tanzanian parents consider the effect of marital dissolution on children during their decision to separate?’

Dr Mauki says that he was motivated to undertake this study firstly because he wanted to build on his master’s research where he discovered that the majority of street children in the city of Dar es Salaam came from broken families. Secondly, he felt that he wanted to formally investigate the extent of the problem after assessing it as a practitioner in counselling. Lastly, he wanted to address the fact that, while there was a vast amount of literature on divorce information and its effect on children from developed countries, there was a considerable lack of information on this subject available for the Tanzanian context.

Dr Mauki’s research was underpinned by four theories, namely attachment theory, crisis theory, family-stress theory and life-course theory. He also made use of the social constructivism paradigm because its theorists believe that there is no objective reality for people, but that what is assumed to be real must be constructed by the minds of the individuals involved.

He chose a qualitative methodological paradigm with an instrumental case study as a research design. Qualitative inquiry seeks to understand human and social behaviour, not from the etic or outsider perspective, but from the emic or insider perspective; that is, as it is lived by participants in a particular social setting. He therefore selected two children’s centres in order to explore in detail how children from broken families may have been affected by marital dissolution, specifically with respect to their academic and psychosocial well-being.

Participants were purposefully selected to participate in the study. They included four children from each centre and four children from custodial homes, as well as twelve parents who had experienced marital dissolution, and twelve teachers and caregivers who work closely with the children in the centres.

Preliminary findings indicated that the majority of Tanzanian couples separate informally rather than through legal divorce. Results indicated that the majority of couples separated due to marital unfaithfulness, alcoholism, abuse and continuous conflicts. It was also found that a good number of parents understood the negative effects of marital dissolution on their children but the pressure, stresses and disappointments from the dysfunctional marriage overwhelmed their ability to remain in the relationships.

Dr Mauki feels that the experiences and reality of the effects of marital dissolution on children, both short- and long-term, should be of great interest to professionals, para-professionals and other stakeholders who deal with children’s affairs, such as psychologists, counsellors, families, educational institutions, the legal system and responsible ministries that strive to ensure the improvement of the welfare of Tanzanian children.

He believes that the findings of his study may influence the formulation of various means and strategies for providing social and psychological interventions to children affected by marital dissolution, including maximising service delivery and making favourable policies that will promote and protect children’s best interests. Furthermore, the study is expected to add significantly to the body of knowledge on marital dissolution, its effects on children, and how parents can play an effective role in minimising its negative effects on children.

Dr Mauki says: ‘The majority of parents had limited insight into the negative effect of marital dissolution on their children, and a few who did have some insights were overwhelmed by the pressure of the dysfunctional marriage, making separation inevitable and exacerbating the negative effects on the children. These effects are not only continuous, but are also interrelated and cyclic in nature, and include dropping out of school due to lack of funds and/or poor parental guidance, diminished parent–child relationship, of the possibility of ending up living on the streets, behavioural degradation and involvement in substance abuse.’

* Dr Chris Mauki is a Tanzanian national and, aside from his research activities, is a media celebrity in his home country, where he has his own weekly radio show titled, Today Again. On this show he uses his psychological training to offer advice on relationships, an area in which he specialises. He also writes regular columns on social psychology and relationships for two of Tanzania’s national newspapers, Mtanzania and Mwananchi ‘Citizen’. In addition to all this, he is a well-known speaker, both in Tanzania and abroad, as well as being an event organiser, author and interpreter. 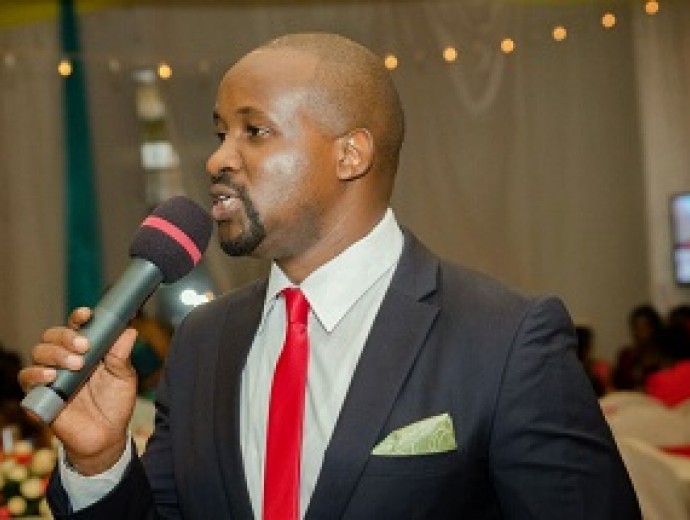