On the 12th and 13th of February, Docendo Day House participated in the Mixed Valentines Tournament. This was a very big achievement as we entered a First year and Senior team. The Day House practiced the whole week before the event, to make sure all the players know the rules and are prepared for the games they had to play in the following week. On the last day of practice all the players enjoyed pizzas and cooldrink.

On the day of the games everyone was very excited. The First years played against Madelief-College, we unfortunately lost against them and fell out. But everything went according to how much fun we had on the court. Each first year walked of the court with a smile on their face. The seniors played against Physio, this was a very tough game. We played well as a team and was playing by the rules at all times to ensure a fair game.

Thank you to all our supporters that was next to the courts. As well as a special thanks to the EC members who were at the practices.

We  hope to enter two teams for the Internal League Netball happening in April. 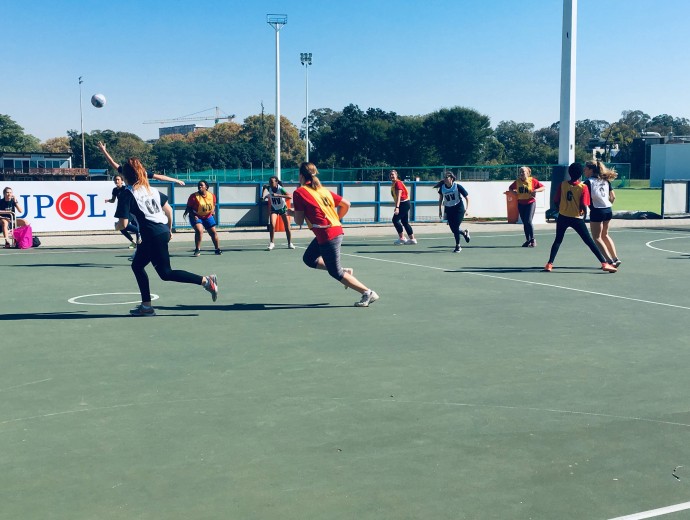