From the very start of their careers, communication professionals learn four universal truths about dealing with the media: do not lie to the media, do not hide facts from the media, do not say ‘no comment’ and do not lose your temper with the media. Ideally, communication professionals, or public relations (PR) specialists as they are also known, should advise their organisations to disclose information, to tell the truth, and to avoid hiding or varnishing facts, particularly where the media is concerned. However, lying for organisations and their leaders is endemic in today’s business environment, as became apparent yet again in the spate of recent international scandals such as those involving FIFA and Volkswagen, as well as local issues like Nkandla and the corruption charges against Hitachi.

Prof Ronél Rensburg, Coordinator of the Communication Management Division in the Faculty of Economic and Management Sciences at the University of Pretoria (UP), is a specialist in communication and reputation management and has a keen interest in the ethics associated with this field. Her current research focusses on whether and why communication management professionals, on occasion, lie to the media to protect their organisations, clients or CEOs, and is causing a stir in the public relations and corporate communication environments.

According to Prof Rensburg, one should be careful to outright condemn the fact that communication professionals sometimes bend the truth to protect or promote their organisations. ‘One should bear in mind,’ she says, ‘that communication professionals are paid – and paid very well for that matter – to promote the organisations they work for and to make them look good in the public sphere. In order for them to achieve this, it is simply not always possible to tell the full truth and nothing but the truth. For these professionals, lying is more than a false statement with the intent to deceive, as the dictionary defines it. They convey or perpetuate false impressions; they lie to hide embarrassing or illegal activities in the organisation, or to mask proprietary information; and they deliberately conceal facts that might hurt their employer’s cause. In other words, they avoid transparency. ’

This realisation prompted Prof Rensburg to investigate what communication professionals are really capable of when they do their jobs well. As the first phase of a longitudinal study to explore ‘Lying for the organisation by the chief communication professional’, she approached 20 communication managers at prominent JSE-listed companies in South Africa and engaged them in a series of unstructured interviews. The interviews included questions such as what their job titles are in their respective organisations, how much they are paid, how they would define their jobs and, of course, whether they have ever lied or obscured the truth for their organisations. When asking this last question, Prof Rensburg provided a definition of what she meant by ‘lying’ in this context, ie not only blatant lying, but also softening or bending the truth.

The interviews yielded interesting answers, but Prof Rensburg says that one fact that emerged like a golden thread through all the feedback was that these professionals, without exception, took their responsibility to make their organisations look good very seriously. Almost all of those interviewed indicated that they had, on occasion, lied for their organisations and almost two thirds indicated that they would do so again if the situation so required. Many of them also saw themselves as the gatekeepers of information in the organisation and felt they therefore had the power to make or break their companies.

‘Although communication professionals should strive for information disclosure, they need to understand that human institutions do not achieve or even advance towards perfection,’ says Prof Rensburg. ‘In the end, however, transparency in organisations mainly depends on the corporate leadership, be it a CEO, a board of directors or any other authority with the power to control communication. Transparency also depends on key audiences on whom the organisation relies to survive and succeed. This often creates negotiated transparency in which the personal interests of insiders are mediated before the interests of outsiders.’ Prof Rensburg further explains that, although lying for the organisation and its leaders can work temporarily to the advantage of specific individuals, groups and organisations (and there are many for whom short-term victory is good enough), a communication professional that lies for the organisation has no use for transparency.  She says that these people believe in maintaining perceptions only, rather than dealing with the underlying facts. This implies that the communication professional loses clear judgment about what is actually happening and resorts to what Watergate conspirator, John Erhlichman called a ‘modified limited hangout’ of the facts – a phrase that has entered common usage to describe cynical media manipulation.

According to Prof Rensburg, the communication professional basically has three options when deciding on how they want to act in light of the above: they can argue against such lying; go along with the lie, depending on the circumstances; or resign from their position. While arguing against lying for the organisation might effectively end their career, going along with the lie could jeopardise their career anyway if the lie is exposed, as the communication professional as a communicator is a visible link in the chain of lies. Resigning leaves the professional without a job. Prof Rensburg feels that, at the end of the day, it is important for communication professionals to realise that in their capacity as the ‘voice’ of an organisation, they not only speak for that organisation and its leadership, but also effectively become the conscience of that organisation. It is their responsibility to convey relevant information to all stakeholders – both in and outside the organisation – in a timely and ethical manner.

Prof Rensburg presented a concept paper titled ‘Lying to protect the organisation and CEO: an occupational hazard?’ at the 22nd International Public Relations Research Symposium, BledCom 2015, that took place in Bled, Slovenia in July this year. In the paper she discussed the results obtained in her initial study. Her research topic was covered in PR Week in the USA the following month and by the International Business Times in September in an article entitled, ‘Are all publicists liars? Study ignites controversy in PR field’. During October, her research continued to cause a stir in PR circles, when the topic was widely debated in media monitoring service, CyberAlert, as well as by professional communication management associations across the world. This included an editorial by Prof Gregor Halff, current President of the Global Alliance for Public Relations and Communication Management Associations (GA).

Prof Rensburg has since taken her study online and has already received the initial results of an online questionnaire that was distributed to a much larger group of communication professionals. This group includes professionals from a wider variety of sectors in South Africa (including government) than the initial study. She is currently processing the results and hopes that her research will shed more light on the contentious issues associated with the contemporary communication management profession. 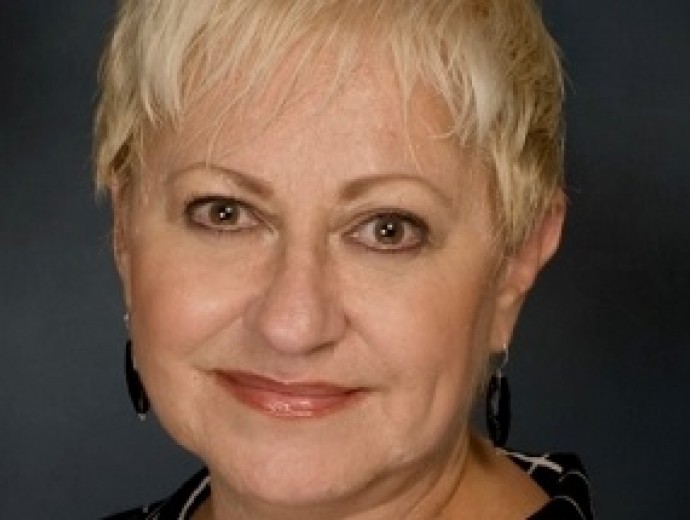