Elrina Calitz, a representative of GfK and a student in the MPhil programme, thanked Prof Puth for his contribution to the programme and conveyed special messages from Dr Andreas Neus (GfK Germany) and Phyllis Macfarlane (GfK United Kingdom), who could not attend the function. Dr Neus sent a message thanking Prof Puth for his work and dedication in setting up the GfK programme as well as for hosting the initial Train-the-Trainer event in South Africa. He also appreciated that Prof Puth stayed on beyond his original contract in order to facilitate a smooth handover to his successor, Prof Danie Petzer. Phyllis Macfarlane acknowledged and thanked Prof Puth for the support he gave GfK in setting up the programme in South Africa, and wished him a healthy and happy retirement. Theuns Kotzé, a former colleague on the GfK programme, also thanked Prof Puth for the guidance and support.

The Head of the Department of Marketing Management, Prof Yolanda Jordaan, compared Prof Puth’s unique characteristics to a baobab tree. Firstly, Prof Puth is very different from other academics, just like the baobab tree is unique and different from other trees. Secondly, a baobab tree offers shelter for animals and even humans, just as Prof Puth provided ‘shelter’ for many students and colleagues over the years. Thirdly, a baobab tree is one of the few trees that can regenerate new bark. In this regard, Prof Puth has demonstrated that he can reinvent himself – and his new business venture (instead of retirement) is testimony of this. Prof Jordaan concluded that a baobab tree gets very old, and wished Prof Puth a long an happy life ahead. Prof Puth’s farewell gift included a special hand-made card from the students and staff. We wish him all the best for the future! 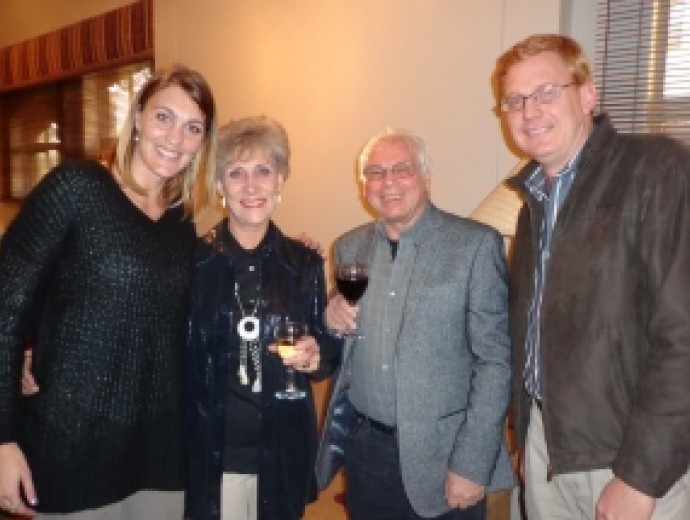