#TuksCanoe: Competing in an A-final at a World Cup is a first for De Beer

The 21-year old Kayla de Beer (Tuks) achieved a huge personal milestone on Sunday in Szeged, Hungary when she competed for the first time in the A-final of a sprint canoeing World Cup-event.

She and Esti van Tonder finished seventh in the K2-race over 200m which is not bad considering that they only recently teamed up as a crew. The only other time De Beer competed at a World Cup was in 2014 when she was part of a South African K4-boat.

“We are pleased with our result as we aimed to qualify for the A-final. It is never a real excuse, but we were slightly tired when we lined up for the final as both of us competed in other races in between the K2-events. The whole World Cup experience was exciting, and I must admit slightly intimidating at first as I was not used to racing at such an intense level.

“I am now more motivated. Esti and I realise that there is still a lot of room for improvement.  I am sure that as we gain more international experience, we will become more competitive and faster,” said the Tuks canoeist who will also compete at the Duisburg World Cup in Germany.

It was Bridgitte Hartley the 2012 bronze medallist who convinced De Beer to take up sprint canoeing.

According to De Beer, she was an avid provincial hockey player, but Hartley’s passion for sprint canoeing got her interested in trying something new.

“I was the only one of my school who decided to attend Bridgitte’s sprint canoeing clinic. Off the bat, I was good at it. Six months later I represented South Africa at the African Championships. The next year I was selected for the World Junior Championships," said De Beer who was only 15 at the time. 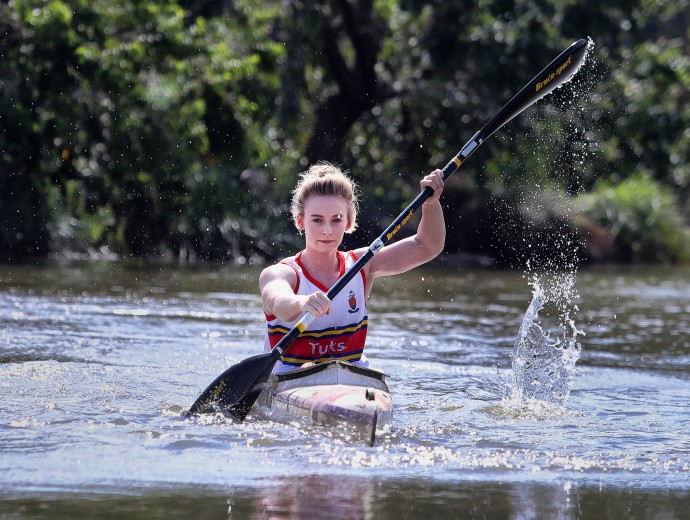