Jonathan Wing (TuksCanoe) won his “fight” against the stopwatch at the South African Sprint Canoeing Championship in Durban when he improved his time from last year by two seconds.

However, he got a bit frustrated because the headwind slowed him down. For him it will be never be just about winning at the national championships as he was the only one competing in his category (KL3). Time was his only challenge. And the faster he goes the better.

Wing lost his foot when he was six years old. It happened while he was riding at the back of a small tractor lawnmower. He fell off and the lawnmower reversed going over his leg. The doctor advised his parents that their son’s quality of life would be so much better if the foot is amputated. There is not a moment that Wing regrets the decision as he is too busy living his life to its fullest.

The goal that he has set for himself is to become the second Paralympic canoeist from Africa to qualify for the Olympic Games. Graham Paull was the first to reach that milestone when he qualified for the Paralympic Games in Rio last year. Wing competes in the category for people with prosthetic limbs (KL3).

“This year’s national championship went well but not as well as I had hoped. During the weeks leading up to the champs, I achieved a time of 46.5 seconds for the 200-meter sprint, however at champs I only clocked 50.2 seconds. This was because of a headwind that picked up about half an hour before my race and also some nerves which prevented me from rowing to my true potential. On a positive note, I am two seconds faster than I was this time last year. It is still early in the season, I am normally five seconds faster at the international sprint champs in August, which puts me ahead of my personal best time of 45.9s.”

The University of Pretoria second year Mechanical Engineering student represented South Africa at the Para World Championships in Moscow and Milan. He is quite chuffed with his performance in Milan as he qualified for the C-final when he was only 17 years old.

Canoeing is not Wing’s only passion. He is also an avid pilot.

“I got my pilots licence when I was in matric. I currently fly a small four seater aircraft for as a hobby. I always wanted to fly because my father builds and fly’s his own aircraft. Flying aircrafts seems to be a family tradition. I really enjoy the strict self-control and discipline required in flying. Flying aircrafts is a real escape from stress.” 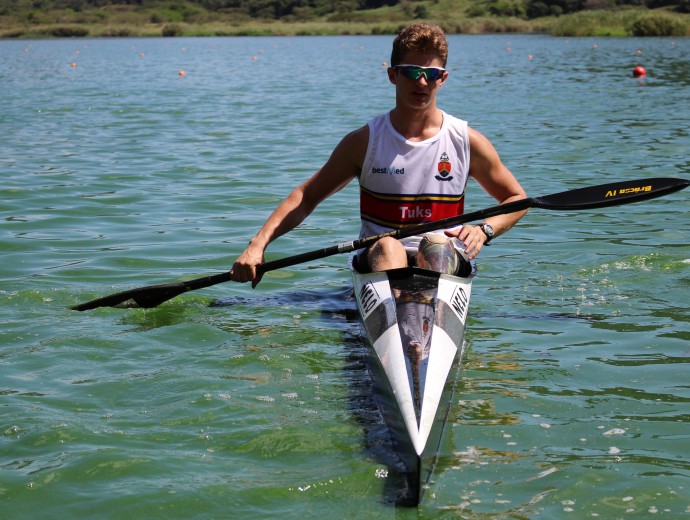