#TuksBasketball: Who are the Harris twins, Justin and Bradley, in basketball?

Teams playing against the Tuks men's basketball at the 2021 USSA Basketball Championships in Gqeberha might find themselves asking who is Justin or Bradley.

It is nearly impossible to tell the difference between the twins, Justin and Bradley Harris. Justin's hair might be slightly longer, but that is about it. They share the same interests. When they get passionate about something, they tend to complete each other's sentences. It tends to often happen when speaking about basketball.

They are not the only twins who love shoot hoops. When doing an internet search, there are stories about Caleb and Cody Martin of Nevada, Kalib and Keylan Boon of Oklahoma, Markiefff and Marcus Morris from Phoenix, to name a few.

Being twins playing the same sport has definite advantages. It is rumoured that the Morris twins, on occasions, had people guessing as to who is actually playing.

According to the Tuks twins, there have been countless moments in which opponents and sometimes referees got confused about who has done what on the court.

"A player might think he has got me guarded, and then suddenly he would see Bradley with the ball. You can see the astonishment in their eyes," Justin explains.

On the court, the brothers tend to do things slightly different. Bradley plays as a power forward. It means he is pretty versatile, being able to score in the paint and shoot from midrange.

"I am one of the bigger players in the teams. Being a power forward means things do get physical on the court. You got to be able to stand your ground and not be pushed around."

Justin is a shooting guard. When at his best, he is the one who drives the ball down the court and sets up offensive plays.

The Harris brothers are hoping they have a double reason to celebrate this week. First, on Thursday, 23 September, they celebrate their 19th birthday. But what would be even more special to them is if Tuks could contest the final.

"We are going to play to win," Bradley while Justin added, "this I can promise we are not going to be on the court going through the motions." 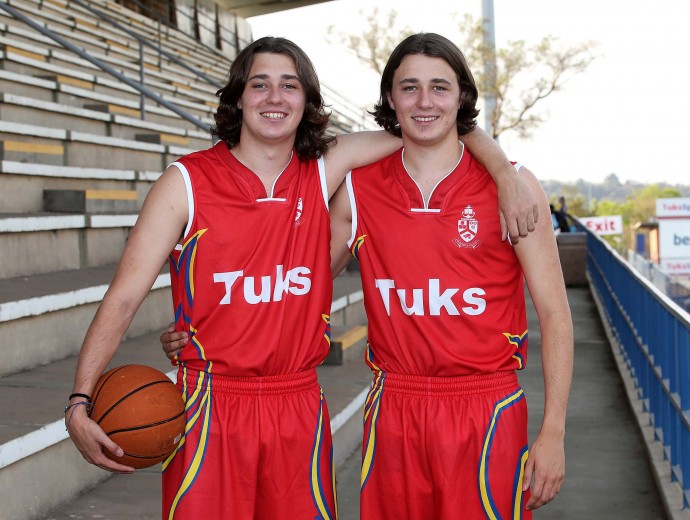