If Tuks's basketball captain, Liam Hayward, can have his way, it will be a case of going big or going home during the 2021 USSA Men’s Basketball Championships in Gqeberha.
As far as he is concerned, the days are gone of Tuks contesting for the lower placings.
"I honestly believe we can contest the final."
It may sound arrogant, but Hayward has reason to be confident. He is, after all, part of the revival of basketball at Tuks. For years Tuks had a reputation of being ordinary, never coming close to playing any final.
In 2019, Tuks finished as runner-up of the Varsity Men’s Basketball competition.
Due to the COVID-19 pandemic, Tuks never really got to build on their breakthrough success.
"The last two years had been frustrating. We hardly got to play any tournaments. Every time we thought things were returning to normal, there would be another lockdown. It meant time apart and then starting from scratch, getting used to playing as a team. But I think we are going to be OK."
According to Hayward, it is basically a whole new Tuks team that will take to the court. Many of the players who played the 2019 Varsity Basketball final have completed their studies. But it does not faze the captain.
George Makena (Tuks head coach) certainly contributes to Hayward's confidence. Over the years, he has developed a reputation as a stickler for discipline, believing in doing something right or not at all. He expects every player to be focused on the goals set.
Hayward describes himself as a latecomer to basketball. He used to row when he was at St Benedict's School.
"I only started playing basketball when I was 15. I enjoyed it so much that I ended up playing every day. I reaped the rewards because it did not take me that long to get the hang of the finer intricacies of the game," said Hayward, who plays centre.
The centre is usually the team's tallest and strongest player and is positioned under the basket. He must also be physically domineering with more physical strength and athleticism, often scoring from rebounds.
"I am required to block defenders to open other players up for driving to the basket. It means putting your body on the line," explains the two-metre tall captain.
The USSA Basketball Championships will be played from 22-26 September in Gqeberha.
- Author Wilhelm De Swardt
Share this page
Published by Bhekani Ndebele 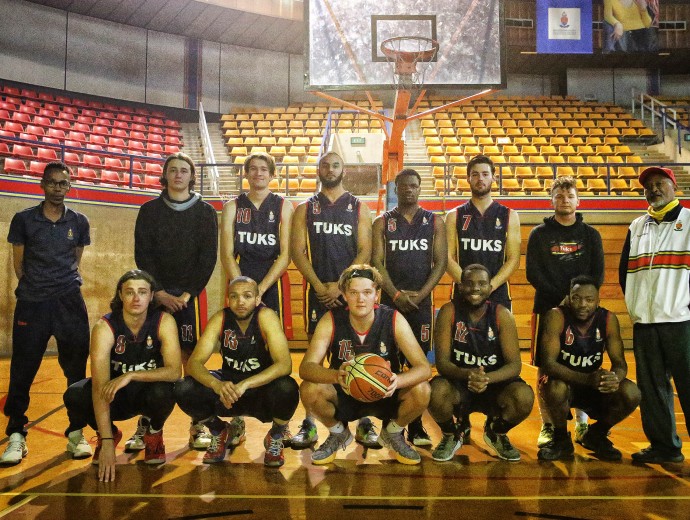