Winning is important; no one coaches a team to lose but for Kimathi Toboti, sport is also a way to change lives. He is the new head coach of the women’s team at TuksBasketball.

"Ten years down the line, I shall forget the championships I have won, but I will always have the memories of the 'kids' I coached. If I can change one 'kid's life because of basketball, it will mean I have succeeded. The biggest reward is seeing a student-athlete grow outside the game of basketball," is how the new head coach explains his passion.

Toboti is proving to be the coach that can make a difference. He coached the South African women's basketball team to qualify for the AfroBasket tournament in 2015. It was the first time in six years that they did so.

He helped the Maties women's team win bronze at the 2019 USSA Basketball tournament and CUT to be finalists for two consecutive years.

His latest challenge is to get the Tuks women's team to win. During the last USSA Basketball tournament, they finished 14th. Judging by recent results, Toboti seems to be already working his magic. Tuks recently won the Rising Suns Basketball Tournament.

Toboti, however, admits the team is still a long way from playing at their best.

"The most important thing is to change the mindset of the players. It means they got a step back to understand why they failed in the past. It is also about commitment. Whether we practise or play, I expect 100%.

"As there is only so much you can do in a two-hour training session, I am giving the 'girls' homework. They got to watch videos of the top teams and players in action to get a better understanding of the game. It makes it easier to coach new techniques if the 'girls' at least have a context of what I am talking about.

"Still, I try and never forget that they are student-athletes whose first priority is to get a degree. Basketball is the one thing that should bring them joy. While they are on the court, they should forget about everything else and enjoy the moment.

"It is especially true for women. We live in a country where gender-based violence is a reality. To add to it, some of the players come from poor backgrounds and bad households. Sport is a way for them to change their lives. That is why I coach.

"I got two hours on the basketball court to impact on their lives. Hence the focus is never only to win. I try to note what happens in every player's private life, trying to understand where they come from. Experience has taught me that truly caring about small things can make a big difference."

Basketball has been of Toboti's passions from when he can remember.

"I started playing in 1993. I was a defensive player, but I ended up being also a pretty good shooter. Coaching, however, was always my real passion. A definite highlight was playing for the South African Universities team that won a gold medal in 1999 in Zambia. I quitted playing afterwards." 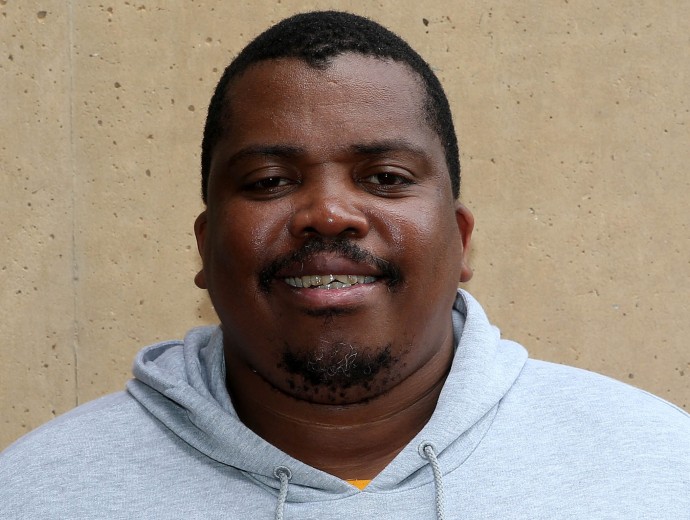