UJ might be the Varsity basketball champions, but one of the big talking points for some time to come will be how Tuks rose from mediocrity to nearly cause a big upset.

During yesterday's final played at Wits Tuks was in the lead against UJ up to the last four minutes of the match. Unfortunately, mistakes and maybe even nerves ended up costing the "Striped Team". UJ managed to score six times consecutively in the dying minutes before Tuks was able again to add two more points to their tally.

The final score was UJ 64, Tuks 57, which means UJ has won both university tournaments. They are also the USSA champions.

"UJ first managed to level the score and then took the lead. What we needed to do was only to control the game. Play our normal game. We could not do so. There is no shame in losing against UJ as they are a great team.

"I am so proud of the way my "Boys" played. No one gave us a chance of playing the final. They stepped up as never before."

It is claimed that Makena is the coach with the "Midas touch". The performance of Tuks during the Varsity Tournament proves it.

One of the reasons why Makena gets teams to perform is because he is a stickler for discipline. When he took over the reins as Tuks coach, he went on record saying that he believes in the principle of doing something right or not at all.

"It is disheartening to lose matches due to players being ill-disciplined playing to the crowd. I expect every player to be focussed all the time on the goals we have set.

"When I started coaching at Tuks, there were players who thought they had a right to play. Quite a few got dropped, forcing them to rethink as to why they are playing basketball. Those who were genuinely passionate got back to playing."

Tuks's captain, Ludwig Gerdes, predicted at the beginning of the year that Makena is the one coach that could bring about change in TuksBasketball.

"He is one of those coaches who can get his players to break down walls to achieve any goal that has been set."

During the Varsity Tournament Tuks won five of their seven pool games which meant they finished second on the log. Definite highlights were beating Wits (76-69) who has been their nemesis for years. Tuks also had the better of UJ in their pool game encounter winning 73-68. 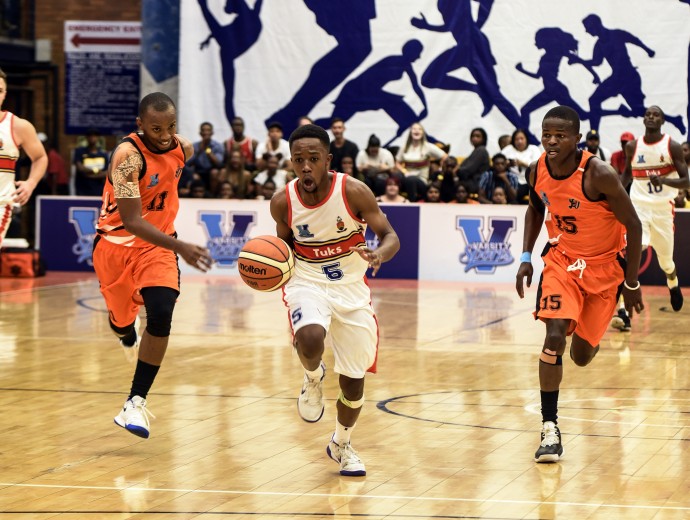