George Makena is no stranger to getting basketball teams to win when it matters most.

His CV as coach of the Tshwane Suns speaks for itself. In the five years with him as the "boss man", the team won the national league three times, was second once and third on another occasion.

He officially retired at the end of 2017; however last year a phone call asking whether he would consider to coach the Tuks men's basketball changed everything.  He did not have to think too long about his answer.

"I was only lazing around, and as I was still passionate about basketball, so it was an easy decision to make."

There has not been a lot to get excited about over the last few years from a TuksBasketball perspective. In 2018 the men's side ended up being fifth in the USSA Tournament as well as the Varsity Tournament while in 2017 the team finished ninth at USSA's.

This season's USSA's starts tomorrow in Cape Town. Makena emphasised that the Tuks fans should not immediately expect miracles.

"Every team I coached was a process in the making. The players still got to get used to my coaching philosophy."

Makena has, over the years, developed quite a reputation as a stickler for discipline.

"I believe in the principle of doing something right or not at all. It is disheartening to lose matches due to players being ill-disciplined playing to the crowd. I expect every player to be focussed all the time on the goals we have set.

"When I started coaching at Tuks, a few first team players got dropped because they thought they had a right to play. Having to play for the second team got some of them to rethink as to why they are playing basketball. Those who were genuinely passionate are back playing for the first team.

"From tomorrow during the USSA Tournament, we aim to play one game at a time. The players should focus on getting to execute the small things right. I also want them to play with greater confidence, overcoming their fear of making mistakes. They should realise it is only the teams who are prepared at times to risk it all that end up winning."

One of Makena's favourite memories as a coach was the 2013 National Basketball League semi-final in which the Tshwane Suns played the Soweto Panthers whose team included several national players.

At one stage the Suns were trailing the Panthers by 20 points, and it seemed like a foregone conclusion that they would lose. But in a 10-minute blitzkrieg, the Suns managed to turn the tables on their rivals. Scoring 32 points while conceding only one. That according to Makena, proved that no game is won or lost until the very last second of any game. If the Tuks team can realise that he will be a happy coach.

By the way, the Suns went on to beat the Mpumalanga Rhinos in the final clinching the title. 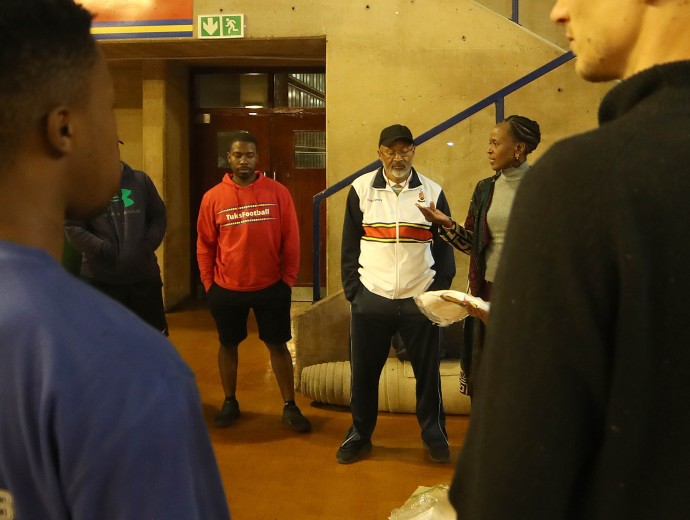