There is no reason why Tuks can’t be one of the top basketball club teams in South Africa.
“We should at least finish in the top four during the USSA Tournament as well as the Varsity Tournament. We got the players to do so. What we lacked over the last two years is the will to play to the best of our abilities at crucial times. Luckily it is something we are able to change,” explains Ludwig Gerdes, chairperson of TuksBasketball.
The final year Business Management student plans to lead from the front during the Tuks basketball revival. Not only is he going to be playing for the first team. There is also a real chance that he will be the captain and still that is not all.  He will also be coaching the second stringers.
“My goal is to change what has been happening. Every year we get together and say we got a lot of potential and that we are going to do this and that but then we end up staying just where we are.”
According to Gerdes 2016 is an excellent example of all talk and no do.
“We had a team that could compete with the best. In the build-up to the USSA Tournament, we managed to beat everyone, including “Vaal” and UJ, the two teams who are dominating university basketball. However, during the USSA Tournament, we slipped up badly not even making the playoffs. Since then we have not been able to turn things around. In 2017 we finished 9th at USSA’s. Last year we were fifth at USSA’s as well as in the Varsity competition.”
Gerdes is quite excited about George Makena coaching the first team. Over the years Makena has established himself as one of the best in South Africa. A definite highlight for Gerdes was being part of the team Makena coached that went on to win the semi-professional league.
“As a player, I believe in playing for my coach. George Makena is one of those coaches who can get his players to break down walls to achieve any goal that has been set. I honestly believe he will bring back the pride in TuksBasketball.
“However I want the older players to take note already that playing for Tuks last year, does not count for anything this year. In the past, there was a false sense of entitlement which led to complacency. But it is going to change. Our new coach is a stickler for discipline.”
According to Gerdes being a coach is nothing new to him. He has been coaching since he has been in matric.
“I truly love the challenges to coach. Tactically I might not be as sound as some of the older coaches, but I would like to think if you can get the players to perform defensively at their best the battle is half won.”
As to what he likes about basketball Gerdes said the pace at which the game is played.
“What is also exciting is how the spectators get involved during a game. If somebody blocks a shot they absolute go wild the same goes when someone scores. Basketball is non-stop action. That does not happen in all sport.”
- Author Wilhelm de Swardt
Share this page
Published by Leonore Jordaan 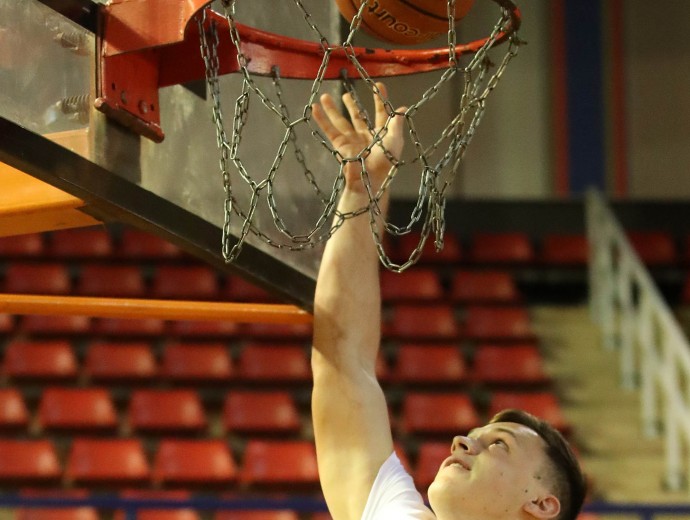