On Monday 07 May, the top 8 residences came to battle it out at the basketball internal league.  Most residences came out in numbers to come and witness the games and to see where their residences would position at the end of the night.

The ladies’ finals saw the defending champions Magrietjie, who have been back to back champions (winning the league in 2016 and 2017), take on the ladies from our medical campus Curlitzia and in the men’s finals were the crowd favourite Hatfield Studios who took on Olienhout.

Magrietjie dominated the women’s final from the time the game started and they didn’t back down for a second, they made sure that they maintained their lead throughout the whole game and they managed to ease through to claim the title for the third time in a row with a 15 – 4 final score.  They are the first women’s team to win the title for three years in a row beating Vividus ladies who once won it for two years in a row.

The men’s final was more competitive as both teams really wanted to claim the title and they showcased some good basketball skills while doing that.  The game started off with the points being head to head until Olienhout started taking off and before everyone knew it, it just seemed impossible for Hatfield Studios to try and make a comeback with the time also not being on their side.  The game ended with a 16 – 10 score, making Olienhout champions of the league after a very long time.

In 3rd position for the ladies was the team that everyone thought would make it to the final, Erika.  They had won all their round robin matches.  They managed to claim the third spot by beating Vividus ladies 12 – 2.  In the men’s section, Kollege came out victorious to claim the third position by beating Taaibos 14 – 5 which was also another team that was expected to get to the finals as they too had won all their round robin matches during the normal league games. 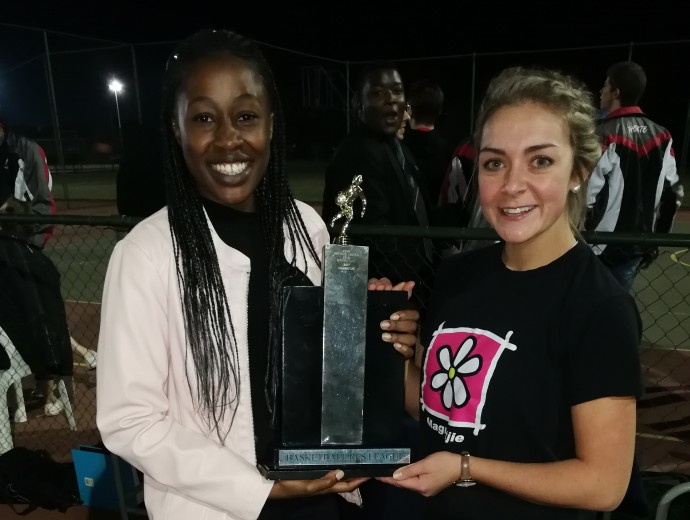