Many may wonder about the identity of the longest serving captain for a South African sports team.
Even some of the most diehard trivia specialists might struggle with the answer. Neo Mothiba (TuksBasketball) is the longest serving captain and he has been leading the South African national basketball team since 2003. But all good things come to an end. Mothiba plans to retire from playing international basketball by the end of the season, which will end an illustrious career.
Mothiba began playing basketball in 1993 and he still remembers his first game for South Africa, which was against Senegal.
“I did not play much, but just to be part of it was special. It certainly motivated me. Another highlight for me was captaining the South African side that competed in the 2006 Commonwealth Games which took place in Melbourne.”
Mothiba is considered a “wingman” in other words a guard-forward. It means that he is a player that can play both the shooting guard and small forward positions, and in essence swing between the positions.
The most points he scored in a game was in 2008 against Mozambique. His personal points tally was 42.
The fact that he is planning to retire from playing competitively does not mean Mothiba is done serving the sport, which he is so passionate about. He loves a good challenge. As Coach, he has set himself the goal of trying to help the TuksBasketball team to become one of the best teams in the country. According to him, it might take up to four years to make it a reality.
Mothiba who is the Director of Sport at St Mary’s Diocesan School for Girls said his passion is working with young athletes.
“I have noticed a marked improvement over the last few years in the standard of athletics and gymnastics. I would love to do the same for basketball. The South African High School Basketball program is definitely one of the best in Africa but there is still a big gap from the high school game to playing it at a senior level. That is why basketball at university level is so important.”
As passionate as Mothiba is about the sport he is also a realist.
His usual advice to youngsters is that they should not let sport become the ‘be and end all of your life’. He added, “Any sports career can only last so long. The one thing playing basketball can give you is a good education. I never paid a cent to get my degree thanks to basketball,” said Mothiba who is a qualified Mechanical Engineer and he also has a national diploma in Sports Management.
“Education is key to a successful life. Basketball will take care of itself. Through playing basketball youngsters learn how to prioritize, be disciplined and determined. I can honestly say that basketball has helped me build a sound body and mind.”
- Author Wilhelm de Swardt
Share this page
Published by Leonore Jordaan 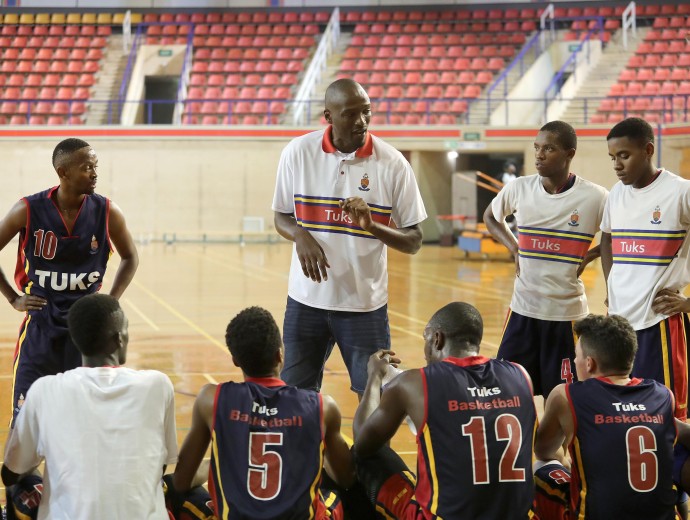