Many years have gone by with a well-known rivalry between Tuks and VUT (Vaal University of Technology) for both men and women. More often than not, Tuks has fallen short but that would not be the case this time.

The Tuks 1st team ladies played the best game anyone would see them play in the finals of the GUBL (Gauteng University Basketball League) as they faced VUT. One would think that it would be evident who would win this game as history had told it but the Tuks ladies scored the opening basket and the led the game comfortably in the first half. With great defence and beautiful half court and full transition basketball, any outsider could see that perhaps Tuks would win this game. However, VUT is known for their ability to force a comeback and in turn force a win but the Tuks ladies would not allow this to happen. It was a battle they had to win!

What stood out the most was their team cohesion, a bond that no one spoke of but still seemed to exist as they put their hearts on their sleeves and played basketball as they knew best. With the fourth quarter upon them, and the clock winding down VUT attempted to make a run to close the gap created by Tuks ladies but they failed. Eighteen seconds on the clock, you could see the look in the eyes of the Tuks family, they knew it was done and rightfully so as the Tuks ladies became the GUBL 2013 Champions.

However, that would not be the only victory of the night, as two ladies, Takalani Mfamadi and Natalie Pike, scooped all-star awards and Boitumelo Masenamela claimed the most valuable player award. This goes without saying that the 24th of October 2013, was nothing short of amazing with a stellar performance by the Tuks ladies.

The other story of the night would be that of the Tuks 1st team men, also up against VUT. Having beat VUT before in the regular season, there was some hope that they would taste victory again. However, by the end of the first half, VUT would lead the game by 20 points. After the half time break, the Tuks men, with basket after basket, defensive stop after defensive stop and hustle plays, closed the gap to lead the game by 1 point by the end of the 3rd quarter. Led by their captain, Tichafara Mabiza, and senior player Tebogo Nkotsi, the Tuks men played every possession like it was last. With 30 seconds left on the clock , the Tuks men had managed to maintain composure and now down by 3 points would make their final play to try and win the game but would fall short.  With this, the Tuks men claimed silver medals and three all start wins by Tich Mabiza, Tebogo Nkotsi and Dumisani.

The story these teams tell you are of heart and the ability to come together. Although one of the teams fell short, both teams put on the best basketball performances in TuksBasketball history. 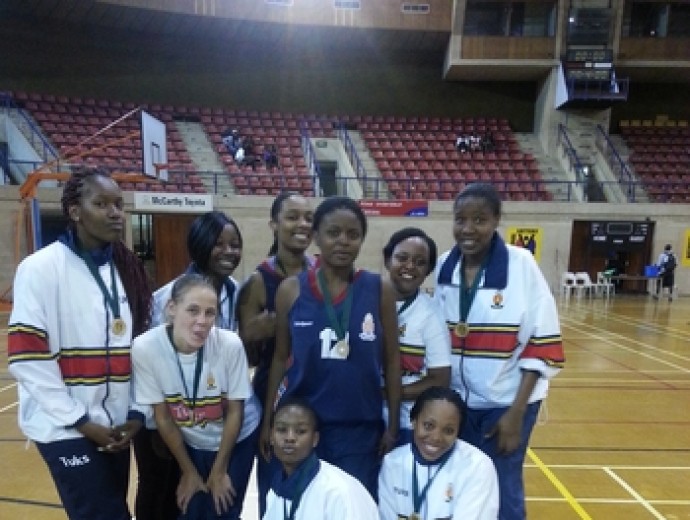