A University of Pretoria (UP) study on ants that inhabit various mountain sites across the world has found that if greenhouse gas emissions continue on the current trajectory, the planet faces major ecosystem changes.

“If temperatures rise to 4°C higher than they are now, many species will be forced to move out of their habitats in search of new areas that are cooler,” says the study’s lead researcher Dr Tom Bishop of UP’s Centre of Excellence for Invasion Biology in the Department of Zoology and Entomology. “Critical ecosystem services are likely to change as a result, impacting human well-being and economic success.”

Ants are an ecologically dominant insect group that is a major functional component of terrestrial ecosystems – which is why understanding how their behaviour will change is key to anticipating how entire ecosystems will change in the future. This UP international collaborative study predicted the movements of montane ants on three continents – Africa, Australia and South America – if greenhouse gas emissions were to continue on the current trajectory.

“Within Africa, the study used four different transects: three were wholly within South Africa –in the Cederberg mountains (Western Cape), the Soutpansberg mountains (Limpopo) and in the northern part of the Drakensberg range on Mariepskop,” says Dr Bishop. “The final African transect ranged across the Sani Pass of South Africa and Lesotho in the Maloti-Drakensberg mountains.” The Australian sites included the MacDonnell ranges in the Northern Territory, the Australian Alps in Victoria and in Tasmania’s Ben Lomond National Park. The South American sites were all in Argentina, in the Nahuel Huapi National Park.

The study goes further than other biodiversity forecasts; new techniques used by the research team predicted what would happen if there was a shift in range and how the abundance of species in an area would change. “The major challenge here is to understand how ecosystem processes will respond to these changes,” explains Dr Bishop. “What we do know is that there will be consequences for ecosystem functioning and stability as groups of species are reorganised.” Certain species will be favoured over others, largely depending on species traits such as body size and colour.

Based on the current trajectory of gas emissions, Dr Bishop highlighted a loss of the existing fauna in the montane study sites. The findings also show that ant assemblages are likely to change drastically in terms of the richness of species, composition and abundance by 2100. These changes could have a significant impact on the way mountain systems function, especially given the numerical and functional dominance of ants in many terrestrial ecosystems.

“Assemblages will not simply move upslope unchanged as the climate warms – they will also face a reorganisation in terms of which species are common and which are rare,” says Dr Bishop. The problem with this is that diminishing environmental space is likely to lead to the extinction of certain species, which brings with it an imbalance to the rates and modes of function delivery. “For example, take a species that is a cold-climate, high-elevation specialist. As the climate warms, its distribution becomes increasingly restricted at the top of the mountain. There are no new areas for this species to go to find its preferred climate. Effectively, the species is pushed ‘over the top’ of the mountain and goes extinct.”

Dr Bishop used species traits to predict the response of ant species to particular environmental conditions and the change in abundance when confronted with warmer temperatures, specifically looking at colouration and size.

“Species traits influence where species live, and in what numbers,” he explains. In cold environments dark and large ants tend to be more numerous. This is because darker bodies heat up quicker and larger bodies tend to lose heat slower. Smaller ants will be favoured in the future as they do better when it is warm. More species are also moving upslope as the climate warms.

Studies like this highlight community reorganisation and distribution changes in the future. “We are certain that these changes will impact how critical ecosystem services operate in the future,” cautions Dr Bishop. This is already evident in plants and their composition and abundance structure in high-elevation areas.

Ultimately, with climate change and habitat loss happening at such an unprecedented rate, species are not able to keep up or adapt. It is therefore critical to understand how changes in relative abundance will contribute to cascading effects on the wider food web and ecosystem functioning. Dr Bishop fears these effects could lead to further erosion of Earth’s life support system – the biosphere. If that day comes, human prosperity will be gravely impacted forever.

*Professor Mark Robertson, also of the Department of Zoology and Entomology, worked closely with Dr Bishop in this study. Prof Robertson’s expertise include species distribution modelling. 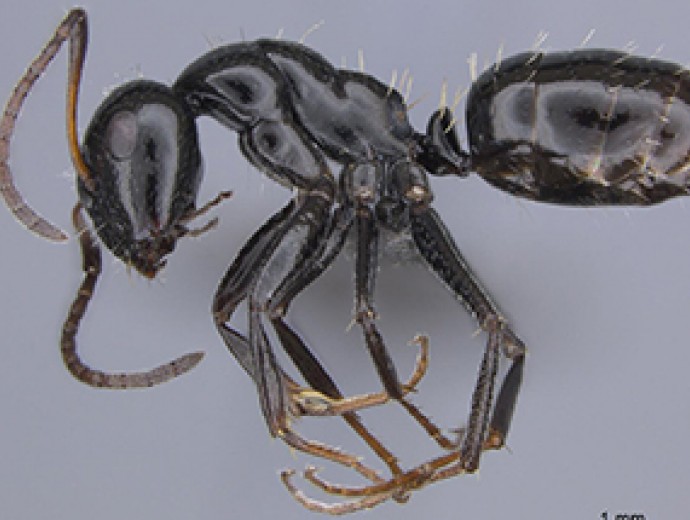