Bovine tuberculosis (BTB) is one of the most important and widespread diseases of livestock worldwide and in particular a huge threat to cattle, wildlife species and people in developing countries.

In South Africa, buffalo act as the most important maintenance host of BTB, and their gregarious nature and dynamic herd structures further facilitate the spread of BTB in free-ranging ecosystems, while the sale of latently infected buffalo causes financial losses to the wildlife industry.

Since its appearance in wildlife BTB has been diagnosed in 21 wildlife species, including lion, cheetah, wild dog, greater kudu and more recently vulnerable species such as hook lip, and square-lipped rhino have died showing extensive BTB infection in the KNP.

There is no doubt that transmission of BTB is bi-directional from cattle to buffalo but also from buffalo to cattle. This discovery is equally alarming to State Veterinary Services, game farmers and conservation authorities and all parties have recognised the need to control this disease.

However, control does not come easy in neither cattle nor wildlife as the mandatory tuberculin skin test in combination with the slaughter of infected animals
bears many logistical, economic and ethical hurdles resulting in a costly but less-than-desirable success.

There is international agreement and recognition that vaccination of cattle and important wildlife reservoir species, such as buffalo, is a promising key strategy in the control of BTB. The reduced transmission of BTB from vaccinated buffalo to other species is considered an added value especially for lions and other predators and in fact for all affected wildlife. Following preparatory studies the Bovine TB Research Programme at the Faculty of Veterinary Science at Onderstepoort will soon embark on a collaborative vaccination study in buffalo to investigate the efficacy of two anti-TB vaccines which have been tested in wildlife in various countries.

The study has recently been approved by the Director Animal Health and now relies on stakeholders to get it off the ground as we require 24 young buffalo, 6 – 12 months of age which will be housed in the buffalo bomas in Skukuza for the 9-month duration of the project. 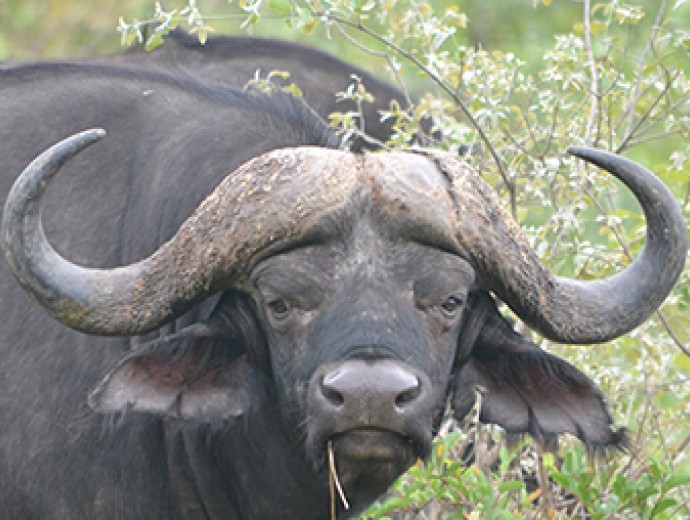