Bovine tuberculosis (TB) affects a wide range of wildlife species with devastating consequences. It is most often diagnosed in African buffalo which are a disease reservoir and serve as a source of infection to a large number of other species sharing the same ecosystem, including endangered species and economically important game species such as nyala (Tragelaphus angasii).

With the exception of African buffalo there is no compulsory pre-movement testing for bovine TB in ungulate game species. This opens the possibility for numerous infected species to change owner without either the buyer or seller being aware of the imminent disease risk.

Nyala are sold in high numbers in South Africa and their translocation from bovine TB infected areas poses a significant risk for disease introduction into wildlife populations free of bovine TB.

Bovine TB in wildlife, including its challenging diagnosis, has long been a research priority in the Department Veterinary Tropical Diseases at the Faculty of Veterinary Science under the leadership of Prof Anita Michel. In collaboration with Veterinary Services officials in KwaZulu-Natal a study was conducted to assess the potential use of the Bovigam assay, commonly used in cattle and buffalo, in diagnosing bovine Tb in fresh blood samples from nyala. In the successful study a modified test protocol was found to detect nyala immune responses against bovine TB which form the basis for diagnosis in live animals.

Although a more in-depth test validation will be needed to determine the exact test performance and fitness for purpose this study forms the first step in an important  partnership with game owners and veterinarians in curbing the uncontrolled spread of bovine TB. 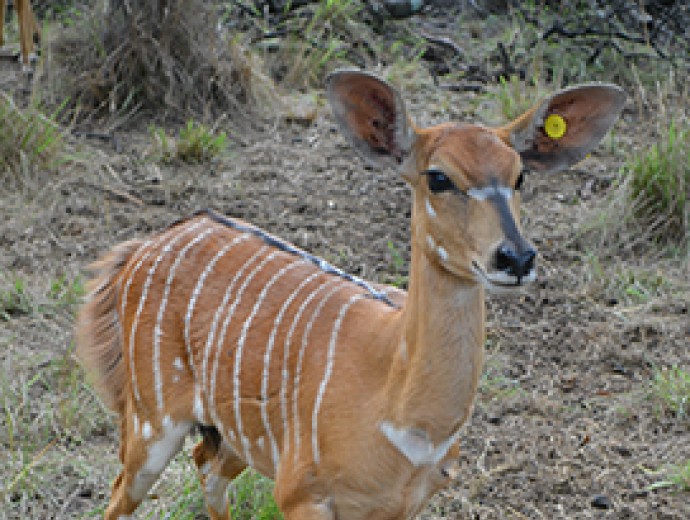