The University of Pretoria’s Centre for Human Rights recently hosted the sub-regional launch of the UN Global Study on Children Deprived of Liberty at the University’s Future Africa Campus.

The aim of the launch was to give Southern African states the opportunity to reflect on ways in which they can take on board and provide national measures to give effect to the recommendations in the Global Study.

Justice Sachs said one of the major achievements of democratic South Africa is that the Constitution allows us all to express ourselves, including allowing children to just be children.

The study considered the deprivation of liberty as:

Deputy Minister Mashego-Dlamini said it is important for serious consideration to be made of the recommendations given by this study in order to improve the laws and policies of states, especially when it comes to children.

“Similar to the two previous Global Studies on children, namely the Study on the Impact of Armed Conflict on Children, led by Former First Lady Graça Machel, and the Study on Violence against Children, led by Paulo Sérgio Pinheiro, this Global Study cannot be relegated to the archives of academic study. Instead, consideration needs to be given as to how each state can implement the recommendations in the study and raise awareness, or promote a change in stigmatising attitudes and behaviour towards children who are deprived of their liberty.

“Similar to the consultative approach that was used in South Africa to develop the Child Justice Act, so too this third UN Global Study was carried out in close cooperation with governments, UN agencies, special representatives of the Secretary-General, the Committee on the Rights of the Child (CRC), as well as civil society organisations and academia. We are therefore certain that this collaborative approach with all relevant stakeholders, many of whom are present in this room today, is the only manner in which we can all effectively address the phenomenon of children deprived of their liberty in our region,” she said.

The deputy minister added that the Oceania region held a successful launch of the study in October 2019, and other launches will take place in the Middle East, the Persian Gulf, South America, South East Asia, East and North African regions in order to create enabling environments where best practices and information can be shared.

The study was conducted over a period of three years. Participating states were given a questionnaire to complete, which is how the study sourced most of its data. It also included the perspectives of children who have been deprived of their liberty.

The study also found that 94% of all children deprived of liberty are boys, while only 6% are girls. It also confirmed that in the instance of detained primary caregivers who are allowed to keep their infants and young children, almost 100% of these are mothers.

Some of the study’s overarching recommendations include that states reduce significantly the number of children held in places of detention and to prevent deprivation of liberty before it occurs. The study also urges states to develop national action plans with clear targets and benchmarks indicating how to reduce progressively and significantly the number of children in various situations of depravation of liberty and how to replace detention of children by non-custodial solutions. 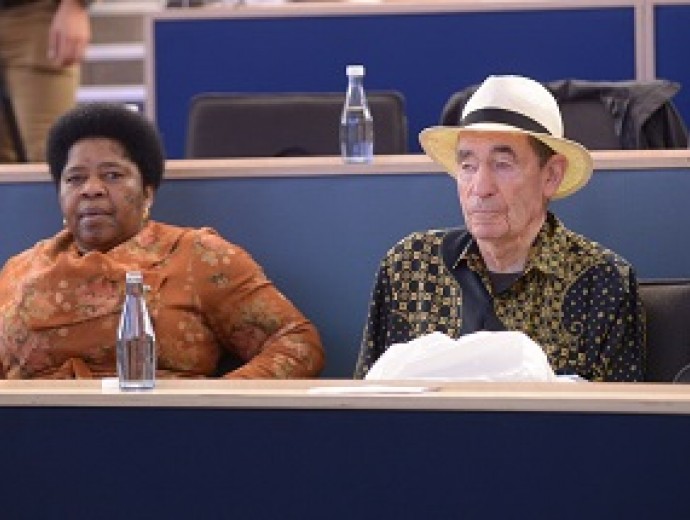